It’s about time I reviewed my last month of training. My week leading into Epic Camp is a bit like a taper, less training and a lot more free time. No internet to distract me either and an old X Files episode just isn’t that interesting (no tennis on at the moment).

January isn’t quite over, but close enough that the numbers won’t be too different. I’ve started the year as I mean to go on putting in about 115 hours of training so far. That’s way more than the equivalent time last year, probably (I don’t have the number to hand) triple! Not that numbers matter, it’s the results that count.

When I got back into structured training back at the end of December. It was to an extent the usual slog to get going again. Only a couple of weeks off and what I’d been doing just a few weeks back felt like hard work. Previously I’ve taken longer than 2 weeks away from training and I did find the shorter break made it a little easier to get back into routine. Though as a number of painful massages showed there was certainly a legacy from the race carried over into the early weeks.

My initial aim was to get myself into my usual training regime and volume and then once comfortably there start to work on a bit more focus and intensity. The main thing I wanted to achieve in Jan was to get back to the fitness I had before Busselton. From there I go into Epic Camp in great shape and ready to build on it. That was the plan and whilst I have the odd worry that I’m not progressing well enough effectively I’ve achieved it.

After 5 weeks of solid training I’m feeling in pretty good shape. The belt test confirmed I was on track when I flew over to New Zealand. Scales aren’t really an option travelling about, the notches on my belt tell me how I’m doing. The Coast is too warm to wear jeans most of the time so I only do the test when I travel. Before I started training I was back on belt hole one, for New Zealand I was onto hole three, right where I should be!

Aside from the waistline my swim is developing. It’s a little odd to be writing about it at the moment when access to swimming here has been a little erratic. One thing I’ll be glad to get back to the Coast for is the pools! Looking at the month overall I’ve managed to adopt the technique improvements from the swim analysis. A long way from perfecting it, but my technique has definitely improved. A bit of interval and paddle work has seen some improvements in my 100m times too. I’m optimistic that another couple of months working at it will put me in a position to get that 55 at IM Australia. If I had any concerns right now it’d be that I’ve not swum the other strokes much lately. That 400m IM set at Epic Camp could be interesting!

I’ve got my bike legs back and my bike set-up correctly again. It didn’t take long to get back into long rides and some decent hill sessions. If anything I’ve felt a lot stronger on the bike in January. This past week in Wellington has been pretty rewarding. Without the usual training volume and with fresher legs I’ve been riding much stronger. With a bit more recovery I reckon I should be in good shape to cope with the strains of Epic Camp. Endurance is there so I want to work on bike strength and power by the time Port comes round I want to be able to ride harder than I did in Busso. Port is a hillier course so if I want to get close to my Busso time on the bike I’ll need to be strong in the hills.

The run is the least satisfying element of the last months training. I’ve got a decent if unexceptional amount of running in, but so far I don’t feel I’m progressing anywhere. There’s work needed on my endurance still and I’d really like to build some hill strength and speed. The regular brick runs off the bike certainly help, but I need some focussed sessions. I’ve found myself debating doing some track work. More worrying right now are the twinges in my left calf when I run, reminds me of the shin splints I had over a year ago. In a few minutes it’s time to stretch and massage the leg and see if I can clear them up. I was hoping with the increased run volume of late I’d be up to using running as a way to get extra points on Epic!

So finally Epic Camp. Just a few days away and so far no illness (though I was seriously paranoid about that yesterday!) I don’t know what the points system will be this time so I can’t put up any plans on that side of things. My general aim for the camp is to again complete all the minimal training, but this time to tack on extra in all 3 sports. In Italy I completed exactly the minimum, this time I’m going for every extra point I can! Somehow I’ll try and blog in between that, the eating and the sleeping.

P.S. Still loving training in New Zealand even if it means being wet and cold at times! 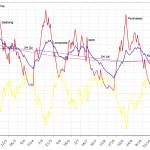 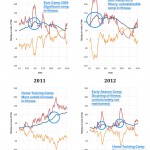 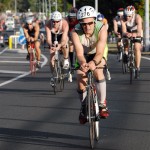