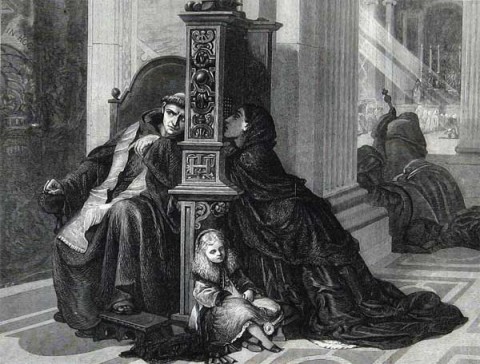 In the past couple of months I’ve not been the athlete I should have been. It started after Ironman New Zealand when my recovery dragged on for weeks. I broke my routine and dropped so many aspects crucial to my lifestyle. Whilst I admit the break ultimately did me good I made some mistakes and set myself up to perform below my best in Lanzarote. If I’m honest I never felt I was at my best for Taupo or Lanzarote whatever the performances may suggest.

For two weeks after Lanzarote I feared I was falling back into the pattern that followed New Zealand. Fatigue was only one factor encouraging me to rest, more significantly I lacked motivation. I could accept not wanting to train a week or two after a race, but last week when I intended to start back things rapidly fell apart. A day or two of training and then fatigue kicked in and motivation vanished. I was worried.

Somehow a week ago today routine kicked in. Early to bed and early to rise and feeling fine with it. The diet started to perform and weight began to drop. By Monday I kicked off my training program properly and have stuck to it since. So whilst I ran on Tuesday afternoon I thought about the commitment required for my goals. More importantly I realised my motivation was back, I was enjoying the run and looking forward to more.

Which brings me to confession.

First and foremost I’m guilty of cruising through the year so far. I started off well and had some good moments to begin, but then started to slip. Not too much at first, but a little into New Zealand. The long break did me good, but I completely failed to make good use of the time!

I worked hard to build back some fitness in three or four weeks ready for Lanzarote, but what kind of preparation was that? I cruised into the race relying on the months of training that had gone to carry me through. Cruising through races isn’t what this is supposed to be about. Planned appropriate preparation is the name of the game.

I allowed my weight to go out of control and was particularly guilty of turning a blind eye to it. I only stepped on a set of scales two weeks after Lanzarote to be shocked to weigh in at 81.5kg! I have no idea what I raced Lanza at, I knew it was heavy, but this explains the run speed.

Check this blog post on eating habits from Gordo it pretty much nails things on the head. I saw the downtime as too much of an opportunity to do what I liked and not enough of a time to minimise impact on performance. I’m also a little guilty of swinging the other way and under eating in a bid to drop the weight fast.

My motivation since New Zealand has been low. I’ve not had the urge to go out and train. I’d make excuses about the weather or needing more sleep, but ultimately they were excuses. I wasn’t making the choices necessary to ensure I could train. The drive I’ve felt in the past year was gone and it was worrying. Especially when I’ve set myself tough goals, there isn’t really room to be messing about.

And that brings me to commitment.

Last year before the few weeks of training between Ironman UK and Hawaii I wrote about the need for commitment. That all applies again just for sixteen weeks not five. Easy to say, but after admitting how far I’ve gone off course in the past month or two perhaps not so easy to do.

Fortunately I’m typing this five days in to a very successful training week. I’m not talking about performances in training, but suddenly everything has clicked. It’s been a long while since I’ve felt like this. Motivation is back in spades. I’m tired, but getting myself out there and performing better than I expect.

In fact the last time I felt like this was about seven weeks before I raced in Kona. The drive I had last year is back, just a couple of months earlier. Perfectly timed for all the hard work I’ve planned. I’d better get used to feeling tired for a while. To be honest I can’t wait to see how hard I can push myself and what will come of it.

After a mini-meltdown it’s good to be back and committed to training again.