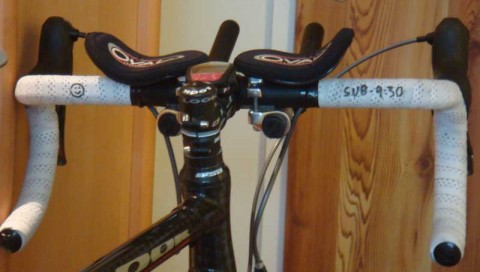 As far as I’m concerned preparation for a race begins the minute you click the Submit button on the entry form. From that point on everything you do is working towards the race for better or worse. When I paid for entry to Ironman Austria 2011 last week I was taking the first step towards my goal of going Sub-9. I’ve already been visualising how that would feel!

I’m not going to address the months of work that are required to prepare for a major race. If you want to know more about that then I recommend you look at my coaching page and get in touch! This isn’t a revisit of the topic of tapering either, I’ve written plenty on it before and will do so once again I’m sure. Instead this post is about mental preparations and the stuff that isn’t in the training diary.

The first act of mental preparation for a race starts a few weeks out. In fact if it hasn’t started it’s a bad sign. I check the event website and thoroughly reading over all the available race information. Sometimes I go so far as to scan the competitor list for names I recognise and see how their season is going! Know your competition.

I’ll also start browsing forums for information and to see what other competitors are saying. Approach this with caution it’s all too easy to start doubting your training. You have to remember the golden rule – triathletes lie (except me of course)! You’ll see claims about training or racing goals that will make you question your abilities. Ignore them and have confidence in your training.

Confidence is essential and perhaps the toughest thing to manage. The athletic ego becomes quite sensitive as a race approaches. We’d love to know exactly how we’ll do, but there’s no way of telling however much analysis or science is applied. Not that it stops me trying and an inevitable part of preparation is the repeated scouring of training data.

I’ve learnt to maintain my confidence in the face of poor training sessions and the apparent fitness of my competitors. I’ll admit it’s reliant on some of my previous performances, but I approach a race with a sprinter’s mindset. The belief that you’ve already won . When I’m at an Ironman I know I’m at the top of my age group if not all the age groupers there. I know I can podium, take a Kona slot and on the best of days who knows?

I don’t start the day looking in the mirror and telling myself “I’m a tiger”! I simply keep reminding myself of my previous achievements and how I can do it again. There are other people out there who are fit and ready to go, but it doesn’t change my abilities. Perhaps they will beat me? All I can do is go by past evidence that when I’m race ready and I perform the results follow.

Aside from the research I start visualising the desired result. Whether it’s in bed before I go to sleep or more often during a training session. I find imagining running through the field in the latter half of the race is a great boost for any run session. My pace unconsciously quickens as I imagine myself hurtling to the line leaving the competition behind. Give it a try.

I won’t visualise specific details of the race until much closer to the day. I focus on a general good performance in each event at first. Trying to concentrate on certain details such as smoothness and economy of motion. I imagine how easy it is feeling, how simple the movements are and how fluid I am. Practicing this kind of visualisation can be worthwhile outside of races. There have been times on Epic Camp I’ve used it to prepare myself for another hard day in the saddle. 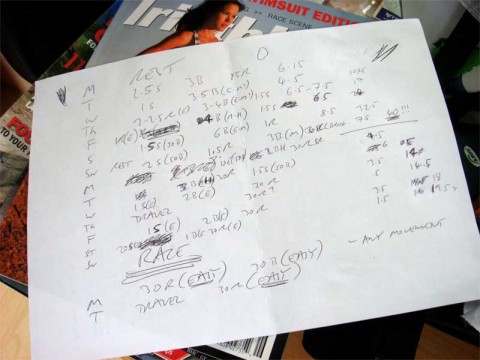 It’s getting serious now and the important thing is to remain calm, focussed and confident. You really want to do everything you can to minimise the stresses around you they’ll be enough of that coming from the event. Personally I need to have plans for every little details (those scrawls above are a taper plan for Challenge Roth).

I have a packing list for the event to ensure I leave nothing behind and I do use it when I pack. I have a second list of any items I’ll need to buy (though be sure you’ve allowed enough time to get them). The final list is my schedule for the week I map out what I intend to do and the time I’ll do it for every day. I sometimes go so far as to note down meals and what I’ll eat!

It verges on obsessive, but at this point I need to be that way. I know I can’t control everything, but the lists at least give the illusion of control. They reduce the risk of forgetting something or of missing a step in preparation. It’s a double check that I know what I’m doing and everything is ready. Race week wants to run like clockwork the only stress is the race itself.

If you’re like me then you’ll turn up to an airport check-in as soon as it opens and be through security with hours to spare. The same principle applies to race registration and other race events. I like to get them done early even if it means queuing. Pick the right time and you can avoid registration queues, but for me it really has to be out the way. Any job done is one less thing to worry about.

Early preparation is a common theme to my final week. Once I’m registered and have my transition bags I’ll immediately layout their contents (according to my transition bag list), prepare my race number and mark up the bike. Again it’s one less thing to do later I’m looking to be very bored come the final days.

Specific visualisation comes into play once I’m this close. Focussing on certain parts of the course where I expect it to be tougher. For me the swim is always an area of concern I’ll try to make a choice about where I start and really imagine a positive swim from that point. Never think of the melee in a mass start, just focus on the benefits of the draft. It’s all about being positive.

I find music to be a big help in the visualisation process. Taking some current favourite tunes and listening to them each night before bed. It really helps me focus on a positive race performance. It’s similar to the affect music can have on your training only imaginary at this point! I won’t have the iPod with me on race day, but there’s a good chance the tunes will remain in my head and be associated with a strong performance.

If you haven’t experienced them yet chances are you’ll be suffering from nerves in the final few days. If it’s any comfort the more races you do the easier it gets. After fourteen Ironmans I only get nervous in the last 48 hours or so, with my key races being an exception. Usually the race briefing is the trigger, that’s when things become real.

One of the reasons I like getting things done early is it’s much easier to relax and distract yourself from nerves if you’re not doing race related things. If I’m not having to register or set-up bike and kit I can chill out, read, listen to music or enjoy a coffee with friends. Sure the race is in the back of my mind, but it’s not overwhelming me.

The day before the race I’ll write out a race plan going through each stage of an event and laying out my performance targets. I will put time goals down as motivation even though I’m well aware of the risks of setting yourself those goals. Primarily it’s about how I’ll perform with goals based on effort though. It’s very detailed right down to reminding me to put helmet and shoes on in T1! I’ll read through it several times before I go to bed on race night.

If I haven’t been very nervous before I will be by now! It’s back to the get things done early principle so the aim is to be in kit, fed and at transition with plenty of time. Ninety percent of the time you don’t need to be at transition early, but there’s that one time things go wrong. This year in Lanzarote one of my tubes needed changing on race morning. I was glad to have over an hour to swim start for that. Panic was minimised!

Normally bike setup takes a matter of minutes and I’m left milling about waiting for the swim. This is perfect. Time to visualise once more and focus on being calm. Also time to start queueing for the Portaloos too! The last step is getting into the wetsuit and getting comfortable in it and once again my advice is start getting in early. I want to be in my wetsuit with about 15 minutes to the start not rushing down the beach pulling it on.

In those final minutes I work on keeping breathing controlled and relaxed. I focus on how I want to perform in the race ahead, but also importantly on how I’ve chosen to be here. I remind myself that for all the nerves I put myself here and this is what I want to do. Whatever the race outcome this is something I’m doing for pleasure, it’ll hurt, but I know that and accept it’s the path to the rewards. Remember that feeling of satisfaction you get when you cross the line.

Finally we’re all there feeling the same as we tread water. Nervously anticipating the rough and tumble of the next few minutes and then the discomfort as we push our bodies to perform their best. I’ve heard it compared to an army lining up for battle. I remind myself of this and the fundamental differences. Every athlete chose to be there and the worst that will happen is a DNF what we’re about to do is far easier and a lot more fun than war. There are plenty of people going through harder times without any say in the matter, we’re the lucky few.

At that point my mind is clear, my nerves are gone and it’s just a matter of waiting for the gun. When it goes off and the race begins all of this is behind me and my thoughts are on the task ahead. If my mental preparation is right it will stay on that task all day and rarely drift from focus. Then the result come down to my physical preparation.

Strategy and Mentality for Endurance Racing 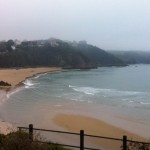 In Preparation for Ironman Wales