In Preparation for Ironman Wales

It’s looking like the weather might hold out. While I don’t have the obsession with the Pembrokeshire climate that actually racing Ironman Wales would have induced, I’m still pleased that I won’t be coated in waterproofs next Sunday in Tenby. (I’ll pack them of course, it is Wales after all). I was last there on a surprisingly sunny weekend in February, early reconnaissance for Gill and I at a time when both of us were expecting to race. One after the other we dropped out. So my concern for issues like weather, and fitness and bike gearing is limited to the handful of athletes I have racing there, although I do wish my road bike – still out of action from Wimbleball – was in working order for the ride I have planned for Saturday (weather good, fitness and gearing questionable).

Since that trip in February I’ve received a lot of interest – by comment and email – in my views on the practicalities of racing Wales. As I haven’t actually raced there (although I have read reports from those who did) I can only offer how I’d approach this event if I were. With less than a week to go, what would I be doing?

I wouldn’t be worrying about kit – that should be ready by now. I don’t say this to panic those still intending to make last minute changes, although, perhaps some panic would do them good. I have, of course, made more than my fair share of last minute changes – new shoes in Kona – and I’ve raced well enough, but life would have been much less stressful had I been sufficiently organised the week before. As for the kit, particularly the bike as that’s what I’m mostly asked about, I would suggest: standard chainset and a 25 or 27 on the back is fine, but a compact with an 11-25 (or 27 if worried) gives a more comfortable range of gears; aerodynamics count so the Time Trial bike if you ride one, but aerobars at the least, there are straights as well as hills and there is wind; similarly wheels, if you have something deep use them, I considered my disc cover on the Powertap. Ultimately go with something you’re happy to ride, whatever online advice you receive; better to have easier gearing than find yourself in Wisemans Bridge wishing you had easier gearing.

I wouldn’t be worrying about training either – there’s nothing more that can be done. This is a lie. I would, of course, be intensely concerned that I hadn’t trained sufficiently and was setting myself up for an incredibly tough day. This would naturally lead me to review my training diary, draw comparisons with previous races and more than likely blog about how doubtful my racing prospects seem. It is a natural, cathartic, pointless process that the majority of athletes – blogging aside – go through; pointless because it is true that nothing more can be done. One week before you are the athlete you will be on race day, taper sessions won’t change that. A final point of preparation might help though – a race plan that honestly reflects the work you’ve put in and the fitness you’ve attained. I would be making one of those about now.

That plan, race strategy coming second to gearing in my personal Ironman Wales FAQ, is largely business as usual. Points to consider in Wales: a sea swim, a long T1, a number of hills on the bike and the potential winds and a marathon going up and down a hill. Sea swims are tougher than lakes, but aside from swim fitness the major factor is positioning – aim to draft, try to position according to ability; pace should be a steady effort, particularly for the weaker swimmer. Do not achieve your fastest run pace during T1. The bike course seems designed to punish poor pacing so use your gears to remain controlled on the hills, particularly early on, don’t muscle over climbs and don’t stress about the couple of really steep hills – they’re a tiny proportion of the course, you’ll get over them. Once running be aware that you will likely make up some of the deficit of the uphills coming back down – pace accordingly. When planning your nutrition – allow for a longer race than normal. Most of all, ensure the plans is appropriate to your preparation.

And were I racing I would still be sat at my computer, probably writing about Ironman Wales and more than likely procrastinating about the limited taper training I had to do. I’d struggle through, missing a couple of sessions – not best practice – because it’s hard to believe such short, easy training matters; it does. But as I’m not racing, I’m not worrying about any of these things and I’ll head to Tenby on Friday anticipating an enjoyable, dry weekend of spectating. 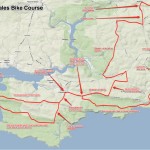 A Weekend on the Ironman Wales Bike Course 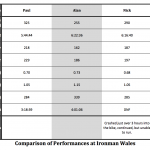 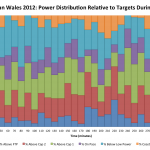 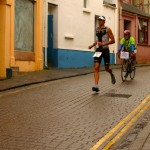