Planning the next season is a lot like Christmas it seems to start earlier every year. I was definitely chatting about plans for mine back in April and May. Those of us targeting Ironman branded events haven’t much choice when most fill in a day. I spent an evening in La Santa waiting for Ironman Austria to open to be sure I got a place. For many of us the next season’s A race is decided before we’ve done this year’s.

Before you plan you need to determine some goals whether they are performance or pleasure focussed. Goals will shape your year both in terms of the major races you pick and any others you do along the way. As they’re personal there’s only so much advice that can be given. Be a little ambitious it’s good to stretch yourself, but be realistic. An unachievable goal leads to frustration and disappointment instead of providing motivation.

I’ve just taken on an athlete whose initial goal revolved around performing his best in an Ironman 70.3. Knowing the time he had available and his track record I immediately encouraged him to be more ambitious and set his sights on Clearwater. We’re targeting the UK Ironman 70.3 as the A race to take him to the 70.3 World Champs in November.

I’ve been aiming to go under 9 hours in an Ironman ever since this blog began. Each year I’ve edged closer, but haven’t yet hit that target. My ambitious, but hopefully realistic goal for 2011 is to finally break 9 hours. Ironman Austria was an obvious choice for my A race – midseason giving plenty of preparation time and a fast course which helps!

You might have more than one goal and more than one A race. Targeting sub-9 in Austria was aiming for a Kona qualifying time so if I achieved it I could go again. A second goal of returning to Kona and performing there naturally followed. Qualification is a great motivator!

With at least one key race in the calendar you can start hunting for other events to fill out the schedule. It’s good to have a few races to help you prepare specifically for your goal. The obvious example is a half Ironman four or five weeks out from an Ironman. It’s an opportunity to make sure equipment, nutrition and athlete are on the right path. A spread of events through the season provides a routine test of training.

For my 70.3 athlete we’ll find some early season run races and sprint or olympic tris on route to the UK half. I’m considering various UK half events or perhaps a suitably timed European 70.3 for my preparations. Racing is an excellent way to keep motivation and focus and provides effective training at an intensity you’d not normally achieve. Living on the Gold Coast I regularly entered the local Super Sprints and 5K races for the short sharp workouts they gave.

With qualification goals a single A race means putting your eggs in one basket. Where possible I like a backup of some form. For Clearwater qualification we’re looking at using Antwerp 70.3 in case of issues in Wimbleball. My athlete shouldn’t need it, but it adds security and is still good training if he qualifies as planned. An alternative is to have a backup goal for example should we miss Clearwater my athlete could consider ITU Long Distance Worlds.

Most races are picked for pleasure because the location looks great or friends have entered. There are too many good races and not enough time or money! I’ve an addiction to racing that I try hard to keep under control. When someone describes an event to me I want to enter, the harder the event the stronger the urge! As the US Ironman Tour demonstrates it doesn’t take long for a challenge to take hold.

Earlier this week I considered 2011 and formed an idea for a mini-European Tour. A month on the road, travelling, camping and racing. Starting in Austria, then heading to the Alps for the Alpe d’Huez Long Distance Tri and then finally over to Ironman Regensburg (as Kona qualification backup). It sounds fantastic, a small scale adventure based around some exciting races. I got as far as plotting another map in Google.

Which leads me to the pitfalls of season planning and the dangers of entering too many events. I’m like a child in a sweet shop with races. Given the chance I’d enter them all without thought to logistics or my own ability to physically hold up. My Euro Tour seems a great idea, but has broad implications for both race goals and plans beyond that.

I’d travel to Austria with the additional burden of packing and planning for a month of travel. Immediately the logistics and stress of the event are significantly larger. In 2009 I raced Ironman Australia halfway into a road trip from the Gold Coast to Sydney just before flying back to the UK. Combine packing your life into two bags and driving over 1000km and it was the most stressful taper I’ve experienced. I didn’t race well.

Whatever happens Austria I’d be committed to driving across Italy and into France. Then a few weeks camping whilst trying to train a tired body in a tough alpine environment before throwing myself into another event. It may not be an Ironman, but the Alpe d’Huez Tri is a challenge in its own right. I’m unlikely to perform well in the circumstances and it has no bearing on any of the year’s goals.

More travel to Regensburg which dependent on my performance in Austria could be a key race. I’m not setting myself up to perform with a tough event and a lot of travel in the week before. It’s not relevant to the sub-9 goal, but it doesn’t fit with the aim of qualifying for Kona again.

When season planning it’s easy to pile races into the schedule, but really consider how they fit your goals. Avoid adding stress to your key races, allow time to recover so you can continue the season to the best of your abilities and remember the importance of consistent training and how racing interrupts that. My 2009 season may not support my advice here, but it also doesn’t show how tough it was to manage that race volume.

I also had to consider the impact of a European tour on my life plans. Next year will be a period of consolidation as I return to the working world. Important as my race goals are it’s vital I take the time and effort to properly establish my coaching and triathlon business. I want to make my triathlon lifestyle sustainable and I can only achieve that with some focus on the business.

The urge to travel and have adventures is there, but I’m tempering it with common sense. Taking time over the next year for personal development, keeping a strong focus on work and being fully available to my athletes will pay off over the long term. If I get this right then I will have a job I love and many opportunities to go on adventures in the future.

That fun Euro Road Trip would be a serious dent to my time during the busiest part of the season. Racing at home will reduce overheads and logistics and allow me to spend more time on my other projects. Having spent two years racing abroad it won’t do me any harm to raise my profile on home soil. It could be interesting testing myself back in the UK again.

To that extent Alpe d’Huez Tri and Regensburg are leaving the plans to be replaced with a trip to Bolton and Ironman UK in 2011. It doesn’t hold quite the same excitement for me, but it’s a little bit of the realism I mentioned earlier on.

There’re still questions for 2011. Is the UK 70.3 too close to Austria to consider entering (realism is saying yes)? What about the potential Henley based Challenge race? It’d be a first opportunity for my family to see me race, but if I get to Kona there’s no chance! Realism and priorities once again. As it stands key races aside 2011 is a blank slate and I’m open to suggestions. 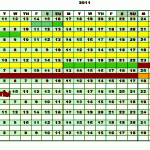 Planning the Ironman Season and Periodisation 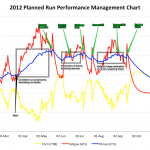