In six years of triathlon I’ve never DNFed. Every time I’ve made it to the start, I’ve made it to the finish. There have been close calls: the first time I raced Ironman Lanzarote I nearly quit. Fitness was there; I’d spent a month riding on the island, but an extreme saddle sore almost stopped me at Teguise. The notion of competing turned into completing. For my efforts I received a medal, a t-shirt and a personal worst.

I’ve a handful of DNSes in minor races. Sometimes I knew there was more to gain just by training. Other times it was purely logistical: hard to know what you’ll be doing when you enter so far in advance. I’ve never pulled out of a major race though nerves have tempted me. A bout of food poisoning the day before the ITU Duathlon Championship in Hungary didn’t stop me shuffling round. I like to commit to my goals.

So it may be a surprise that I’m withdrawing from Ironman Austria.

Nine months ago this was my goal race. My attempt for a third Kona slot and more significantly to break nine hours. Everything was about performance in Klagenfurt. Things have changed. I decided to take a year away from the chase for Kona and have been less focussed on performance goals. I never ruled out sub 9, but accepted that I wouldn’t work towards it with the same intensity. I don’t like to quit, this isn’t an easy decision to make. It is a smart one.

I have the time and the budget, but is the investment worthwhile? What do I gain from racing in Austria? I’ve raced there before, I don’t want a Kona slot and I’m not ready to go sub 9. Do I need another reasonable Ironman result on my palmarès? I’ve three other Ironman distance events on the schedule; I’m not short of race opportunities. Saving the expense of racing in Austria will likely pay for those other events!

I’ve yet to make progress from last season. Motivational issues and injury conspired to hold me back through winter. I’ve maintained swim fitness, struggled to consistently run and initially floundered on the bike. I only made headway at the first signs of spring. Cycling has rapidly returned to form becoming my sole hope for breaking nine hours, but sub 9 is not built on a superb bike alone. I’m not naive enough to believe I can achieve suitable allround fitness by July.

Withdrawing is logical. Austria is just another race and a particularly expensive one. I can focus my attention on the Outlaw Triathlon, have some fun racing the Ireman and then make my mark on Challenge Henley. Lower key, relatively local, but still the same distance to cover. Then there’s the ITU Long Distance Worlds in Vegas. I’ve raced these events three years in a row, but never as a goal. Perhaps it’s time to see if I can build on my result in Immenstadt.

Changing race plans raises questions about commitment. I hope having other events demonstrates I’m still looking to perform. This year has been less focussed; training is as much about fun as improving fitness or performance. I’m enjoying it, spending hours cycling now the weather is improving. I’ve added a mountain bike to the stable and started to branch out. Fun was the goal. I finished 2010 stale, it has taken a few months to rediscover this passion. I don’t want to lose that attempting to chase results. Big goals need focus. I am not focussed.

Long term I want to keep developing as an athlete. Performance motivates me; I still want to break nine hours and still want to make the age group podium in Hawaii. I’m willing to take my time and explore my options as an athlete. I’m not a pro, I don’t earn my living by racing. Coaching is my job, it funds this lifestyle and I am a lifestyle athlete. I train and race because I enjoy the challenge. The choices I make reflect that; I’m drawn to new and unusual events.

I’m already struggling with next seasons options! Return to Kona and attempt to perform there? Aim to qualify early then focus everything on October. Attempt to break nine hours? Challenge Roth would be the perfect course and my homestay family from 2009 are keen for me to return. Since the mountain bike arrived thoughts of Xterra and the Hawaii/Maui Double have occupied my mind. Endurance Corner’s interview with Slater Fletcher on his Aloha Triple didn’t help either. And Endurancelife have announced the X-Man Extreme Triathlon, an entirely off-road Ironman! Easy to over commit myself.

It’s clear that I need to decide which goals matter the most. I’m fortunate, choice is good. A friend reminded me I still have a long sporting career ahead. Sub 9 doesn’t have to be in 2011 and an age group podium in Kona doesn’t need to be 2012. I can keep enjoying my work as a coach, my lifestyle as an athlete and the challenge of getting fitter and faster. 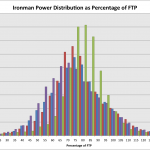