This morning has been spent almost exclusively in the confines of Excel. Firstly importing Mike’s Kona power data in preparation for some analysis later this week and then producing a broad set of charts from the Ironman World Championship results spreadsheet I built last night. Incorrectly built as it turns out, a trivial error on my part resulted in lots of duplicated female competitors all upgraded to the PRO category. Clearing up that mistake was an unhelpful detour that means I’m going to start my analysis with something simple: a quick breakdown of the result set for male and female finishers by category.

This is really summary data. You can’t learn anything useful that might help you prepare for your own races or specifically for Kona. The trends you will see are largely those you would expect, average and fastest performance declines with age particularly as we approach the eldest competitors, while the slowest performances tend to hold steadily across the categories. The average 70+ man or woman is still beating a number of athlete half their age. Bad days aside this is a reflection of the standards needed to qualify across the board and the presence of non-qualification slots also in the mix. Age is as effective on men and women, the declining trend in performance is consistent over the genders.

Each graph below is divided by age category and shows fastest, average (mean) and slowest finishing times within those categories. In two instances I have excluded results that skewed the graph due to timing chip errors causing missing data, otherwise the records are complete. DNFs are also excluded, even if a competitor completed earlier stages of the race. Only those who finished count here. 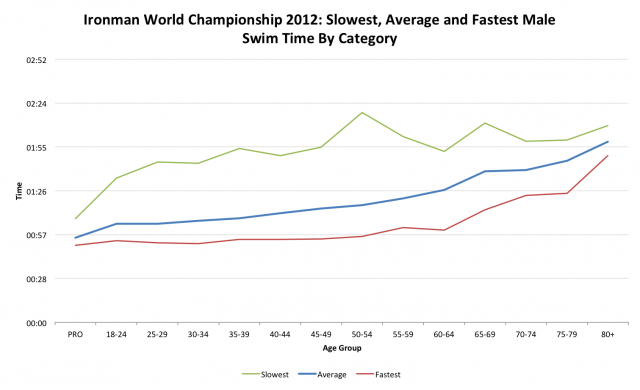 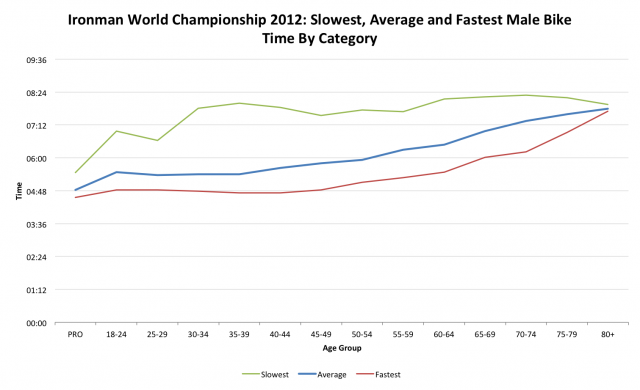 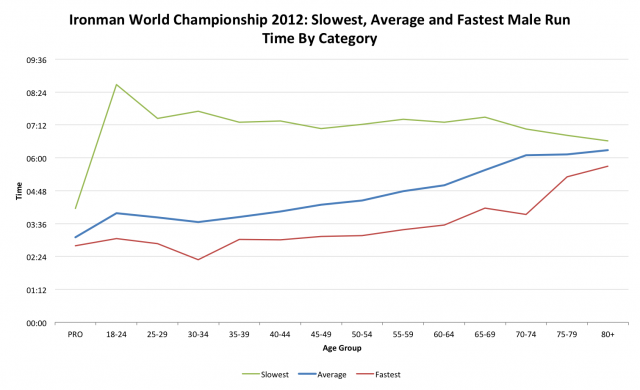 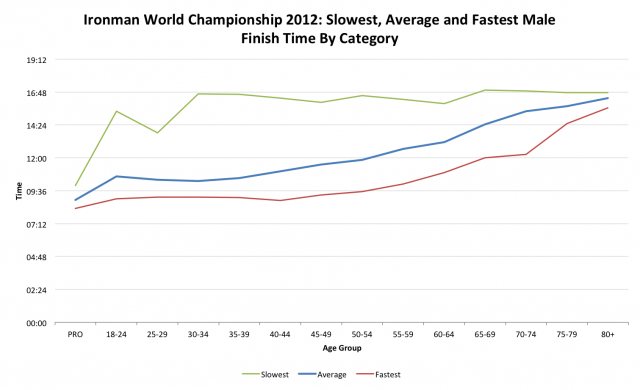 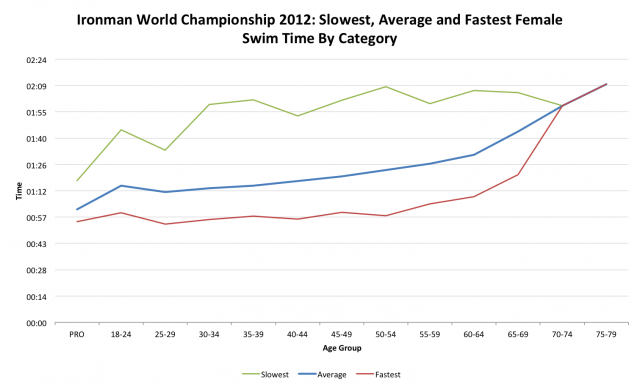 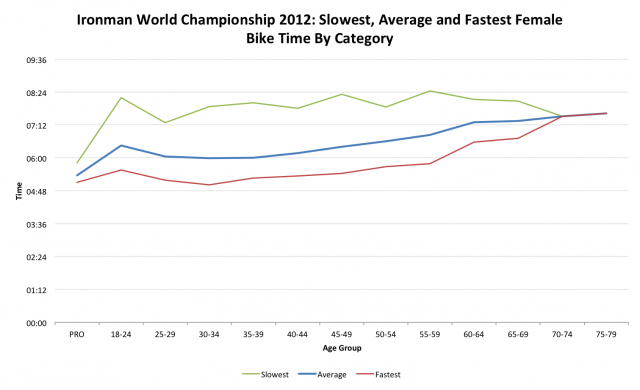 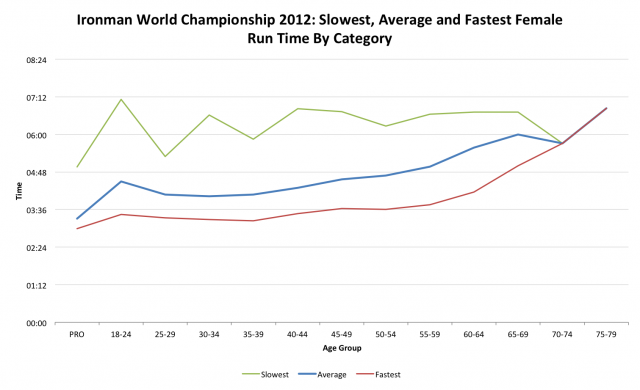 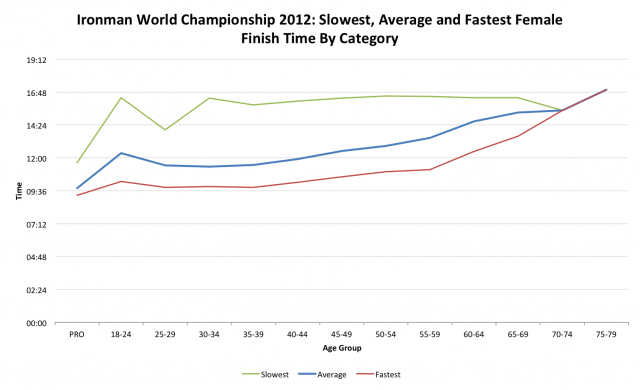 There is little to be learnt about the execution of the race. Interesting as it is to see the broad levels of performance at different age groups and perhaps speculate where you might fall on the day we can’t take lessons into our next races. What we can see looking at the averages is a sharper race than many, even in tough conditions, clearly the influence of the qualification system. Later this week I’ll produce graphs comparing swim, bike and run performances to examine their relationship and see how that compares with Roth.

In the mean time for Brits (and the Irish), here’s a separate list of results. 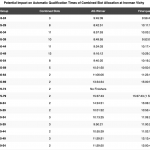 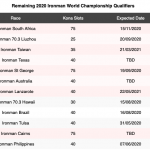 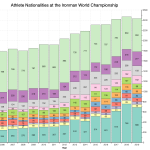 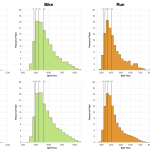