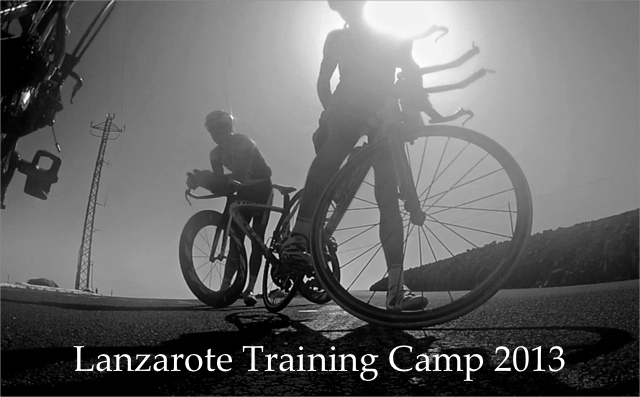 I’ve been home four days, it’s time to bring closure to the training camp – at least until I’ve finished editing some of the video together – with a summary of the week and a few thanks to those who helped support it. It was an amazing experience. I’ve been on many training camps, I’ve helped support at a few, but I have never stepped up to organising one. It’s a lot of work, I knew it would be, in fact I once stated I would never manage a camp as the return on investment was too low. Financially it is, but the rewards go deeper, last week was an experience I want to repeat.

It would have been impossible to successfully herd as many triathletes through 20 to 40 hours of training without a second coach and Mark Racher filled that role perfectly. While I dealt with planning, logistics and the steady group, Mark tackled the faster guys and put together a challenging swim program for the camp. By the middle of the week it was obvious how integral those swim sessions and Mark’s coaching were. You can become jaded by the age group reaction to swimming, but the week demonstrated that triathletes can engage with and enjoy challenging swim sets with good poolside coaching. It helps, of course, if like Mark you have a voice that can be heard in the next plaza over. 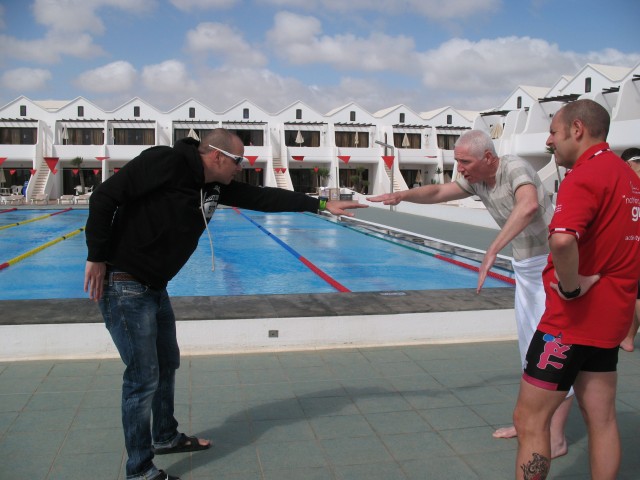 Mark also brought on board the majority of our camp sponsors and again did an excellent job in kitting out our athletes on short notice. Throughout camp I have made references to our various sponsors, but I’d like to explicitly thank them all for their support and helping to make such a successful camp. 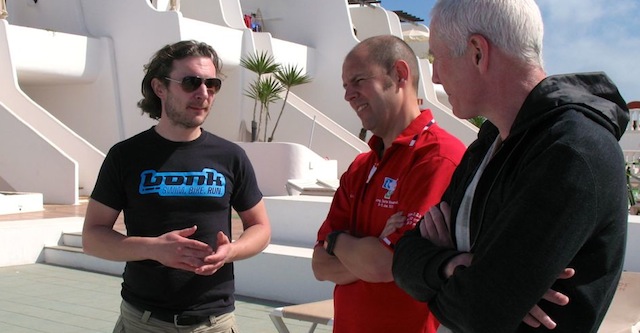 Bonk Triathlon has been a supporter of my coaching for a year now and kindly provided each athlete on camp with a t-shirt. I already knew how good their shirts are, they make up half my casual wardrobe, feedback from the athletes matched my experience and the t-shirts were well received. It’s also great for a camp to have some kit or clothing that unifies the group; next year we’ll make sure they’re printed up with camp branding too. 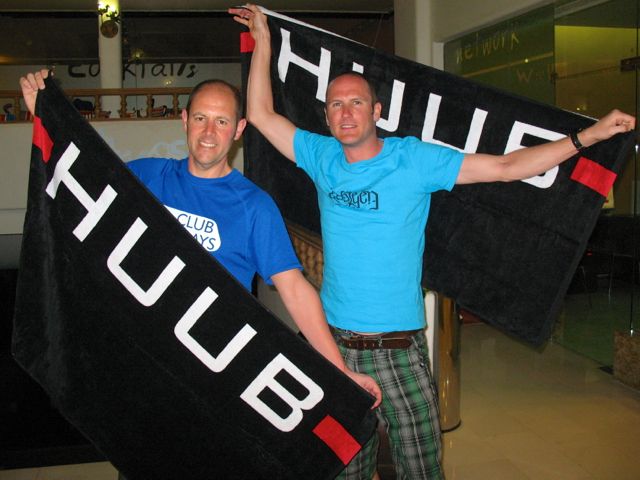 Mark is sponsored by HUUB and highly rates their wetsuits. For the camp he organised some swim caps and a couple of HUUB towels to hand out as prizes at the end of the week. Being able to recognise the hard work of individuals on the campis a great way to finish the week, so their support was much appreciated. 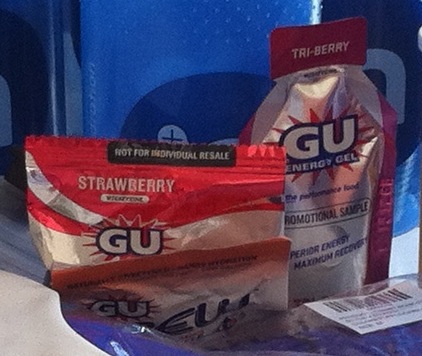 GU provided each athlete with some samples of their nutrition products – gels and the very popular chews. With the volume of training during the week, nutritional products didn’t last long. 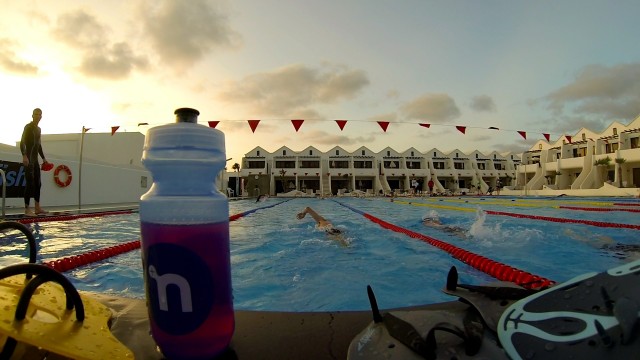 Nuun came on board at the last minute and sent every athlete a tube of nuun and a bottle to put them in. Both got a lot of use over the week; in hotter, dryer conditions than home electrolytes were the perfect addition to the goodie bag. They also helped after the late night at the bar on the final evening! 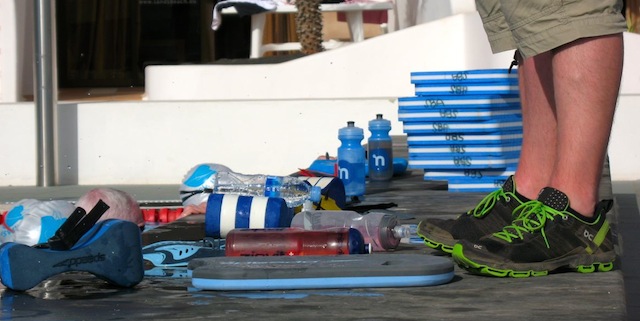 On very kindly offered shoes for the coaches to trial so we could offer feedback to the athletes we work with. The experience so far has been positive, they do feel different, ‘like running on a track’ is not a bad description. How that plays out over more mileage remains to be seen, but I’m enjoying running in them and they’ll be my primary shoe over the coming months.

In selling the camp I played up the benefits of early season training: the motivation and the boost to fitness before entering a focussed build. Over the week we saw every athlete push themselves far more than they (or at times I) expected and you can’t train like that without raising fitness. Motivation was high throughout and everyone has returned home with far more enthusiasm to train. The camp lived up to its goals. 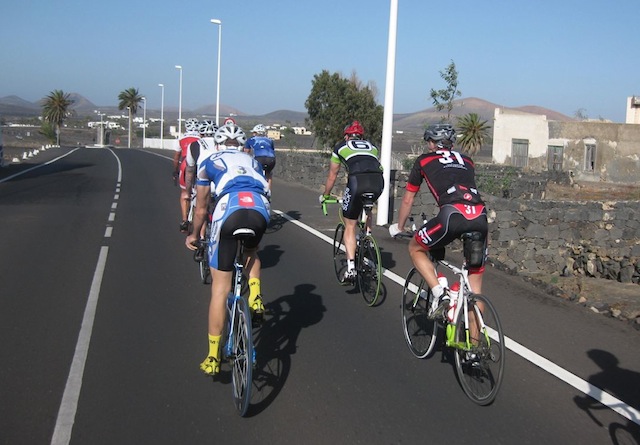 I have to thank the athletes, firstly for signing up and secondly for joining in so wholeheartedly. They made the week for me. Everyone was committed to train, got on with each other and had fun. I couldn’t have hoped for a better group.

I should also mention the team at Sands Beach Resort. The facilities, services and support were excellent and I won’t hesitate to use Sands Beach again either personally or for future training camps. It comes highly recommended if you’re looking for somewhere to train on Lanzarote. Thanks especially to John, Maria and Alberto for all your help organising this camp.

Finally, there will be more camps. Mark and I have agreed on two early season camps in 2014 with the same focus on swim and bike. Dates will be announced later this year, but expect February or March to feature. I’ve been busy collecting feedback from all the athletes to ensure next year’s camp is even better. We’re even pondering returning sooner: an August camp is a possibility, although peak season costs may rule that out. If you’re interested in any future camps, email me for more information, I will send you details once they are finalised.