Having been kind to us for the first two or three days of camp the winds have finally started to pick up – much of yesterday’s ride was spent battling a relentless north-easterly gale. Having ridden round the middle of the island and up to the north we completed the 3 day tour by heading south. An easy start to the day with the wind on our back, but from Playa Blanca home our fight began. 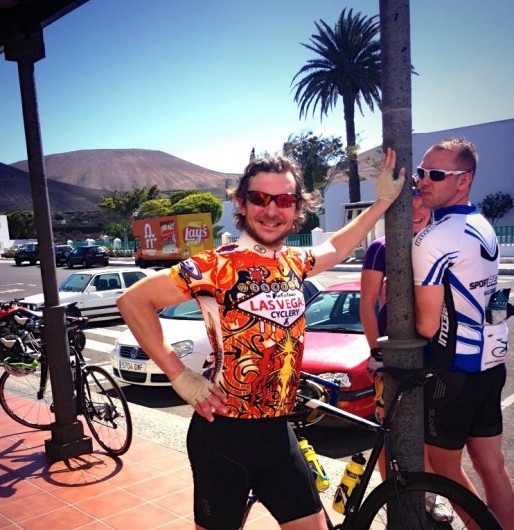 As usual the ride started a little after the planned 9:30, but once we were out on the road with the wind behind us we made good time. From Costa Teguise we climbed directly to San Bartolomé and then rode down the middle of the island and through the vineyards bringing us to the bottom of the climb to Femes. That tailwind was particularly kind on the ascent to Femes and at times it didn’t feel like we were climbing. From Femes down to Playa Blanca is always a pleasure – a fast and open descent that allows you to pick up speed. The downside is the long drag back into the headwind to reach El Golfo.

The group split and we formed two small packs working our way up and around a gusty El Golfo loop. By the time we reached Yaiza for the obligatory Magnum stop I felt we’d more than paid our dues for the morning’s tailwinds. Still the wind worked against us over Fire Mountain and through the national park to Tinajo. At this point the group separated, me taking a slightly shorter route and Mark leading a group down to La Santa and returning via Famara and Teguise. It’s fair to say despite differences in distance (actually only 15K between the two groups) both were struggling by the end. Definitely a challenging ride and with similar winds expected on Thursday we’re looking carefully at how we manage the long day. 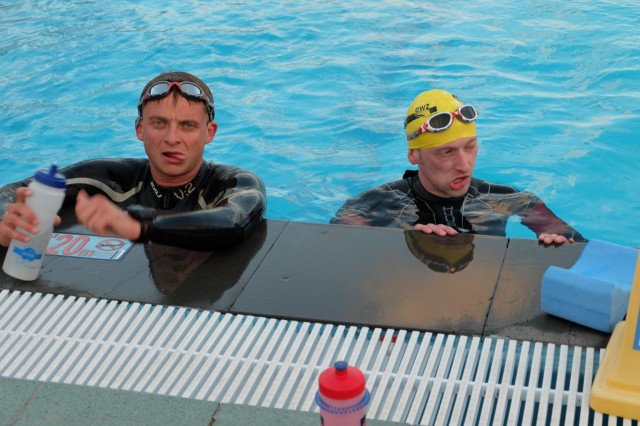 After the toughest ride of camp so far we didn’t go easy on the athletes in the pool. The set involves both technique work and a mix of pacing with the hard lengths pushed hard. By the end some were wondering if it’s normal to hate the swim coach, but plenty of shouting (mostly Mark) kept the swimmers motivated and got them through a 3.2K set after 5 hours on the bike.

With training over for the day and at least 13 hours of work done so far this week it was time to relax: dinner followed by a trip to the bar. It was a good evening, lots of fun, more for those who stayed on, just hope they’re ready for Wednesday’s relay race. We’re now over halfway through the first week of camp and if I’m feeling it in my legs you can be certain the athletes are.