After three days of tough training it was time for some recovery. Not a day off, just a break from the long hours. So, with help from the Sands Beach Active Lanzarote crew, we scheduled a mini-triathlon on Wednesday. Roughly 350m in the pool, 5.5km on the bike and 2.5km for the run all raced in the team relay format. The camp was divided in two and within those two teams each athlete would take turns to swim, then to bike and finally to run. The perfect format for easy day as each burst of activity was followed by rest as you waited until you were tagged again. 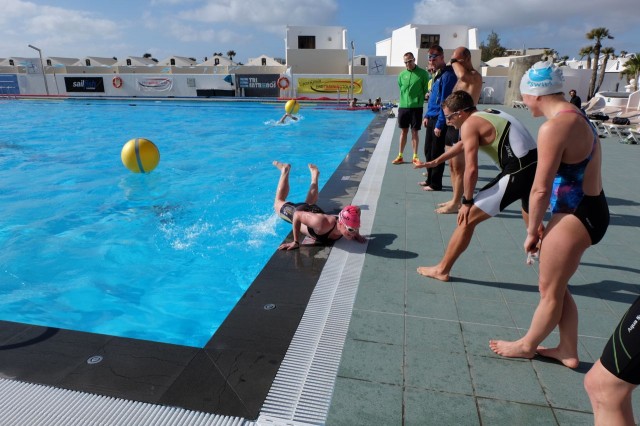 Technically we should probably DQ both teams for what went on. Beyond the questionable attire of bright yellow Budgie Smugglers there was some very close contact in the pool, hidden trainers and the odd early start. It wasn’t the most scrupulously refereed race. That said it was a lot of fun – the team relay will become a regular feature of the camps. 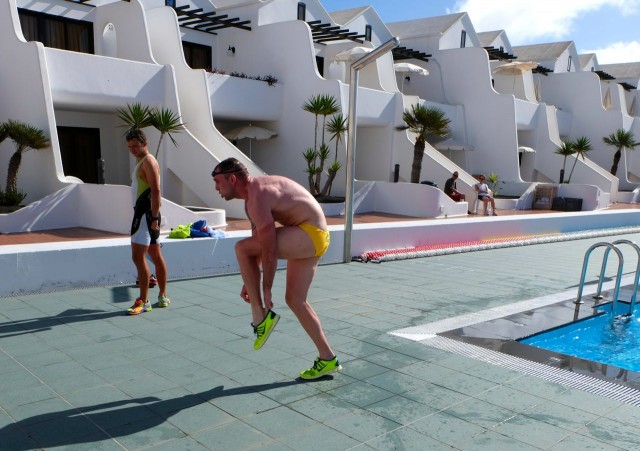 In training terms athletes performed about 25 minutes of high intensity activity over the course of 2 hours. That was it. We went back to our rooms, freshened up and had lunch. A few ran later in the afternoon, again nothing hard, total training for the day remained – as it should – below the hour; some had a massage, we’ve been lucky enough to have Jamie Last on hand for those who needed some work; the rest just relaxed. 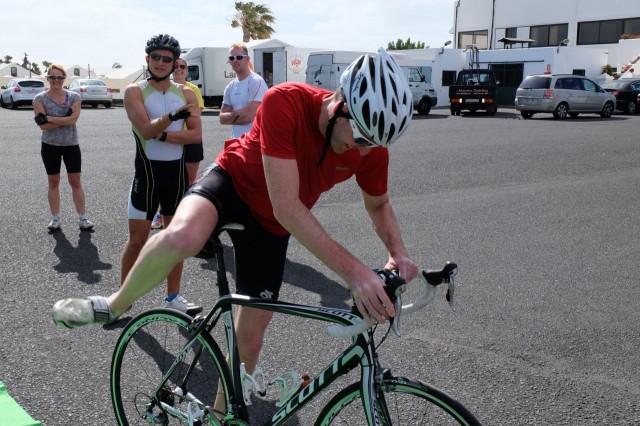 Now the big day comes – the Ironman route. The weather is expected to be windy, but then this is Lanzarote. It’s going to be a long, challenging day; it’s a good job nobody came here for an easy ride.