Around Lanzarote by Bike or Car

Thursday was the biggest day of camp: the Ironman course. A challenging ride promising at least 6 hours in the saddle battling with Lanzarote’s hills and winds. Or, if it’s your camp, sitting in the passenger seat of a hire car driving round the course behind your athletes. This was undoubtably the easiest trip I’ve taken around the Ironman course in all my years on the island. While I sat in the car Mark had the harder job – riding with the group. 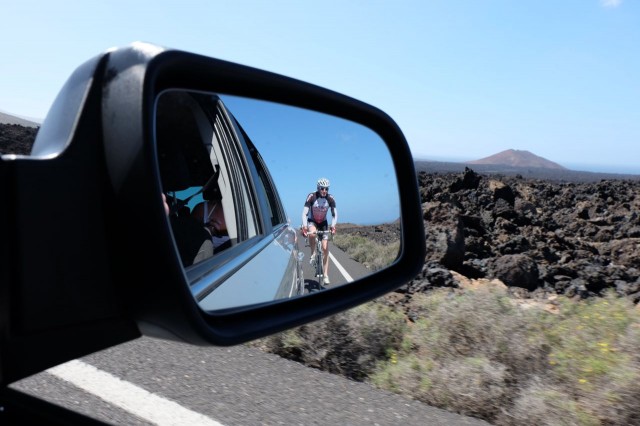 I’ll admit I wasn’t entirely sure how the athletes would feel about a support car, but it proved a real benefit on the day. We tracked the athletes round the island, sometimes we’d go ahead and provide a target, other times we’d follow behind to check on them. We were never far away and always available to help with directions, occasionally offer a draft and carry whatever food, clothes or spares they needed. Despite high winds and a big week behind them we helped ensure all the athletes completed the entire course. 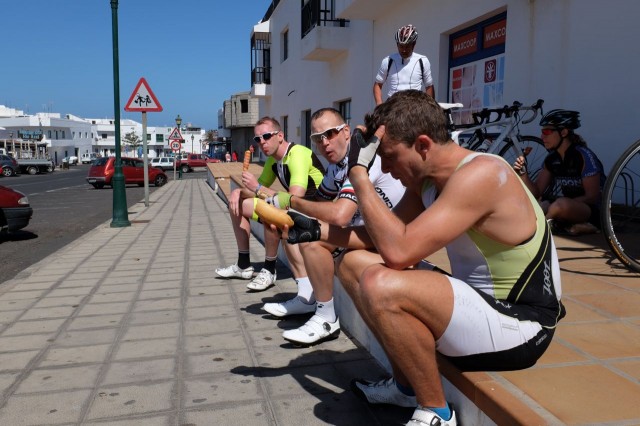 Being in the car I don’t have many stories from the road. My view was snapshots of the day, how the athletes coped and progressed, those who got stronger over the day and those who struggled more. Each stop you could see they were tiring more, but determination was there and by the time they reached the top of Haria there was no doubt all would finish. 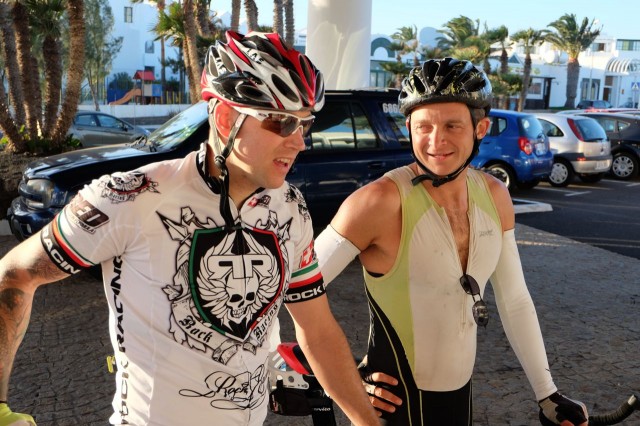 Just over eight hours after they left the hotel the first riders returned to the lobby. A few had added in a trip to Orzola for 190km, the more sensible had stuck to the route and clocked up around 175km. Close enough for an Ironman bike I argued before they started doing laps around the hotel to reach the 180K mark.

That was the day done. No swim or run. We’d achieved the goal. Everyone was tired, but following the huge buffet dinner somehow we ended up in the bar till late in the evening. One day to go and after riding the Ironman course it would be easy.