Sheltering in the Bunch

So far on camp my ride support has either been at the back or in a car, yesterday was the first time I joined the faster group. After two days fighting with strong headwinds the group was generally more lethargic so well primed for me to join them. At the back. 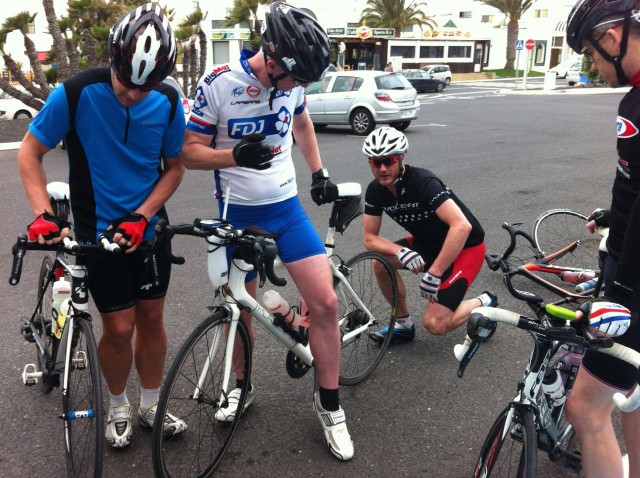 As is tradition we congregated for a 9:30 start and as is also tradition we didn’t leave for another 10-15 minutes. This time a broken spoke that needed removing before the ride. We could get the wheel properly fixed at Pro Bikes when we reached La Santa. 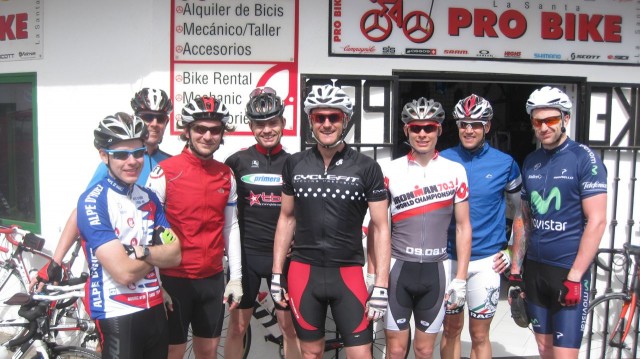 So at 9:45 we rolled out of the Sands Beach Resort and headed out of town and up towards Teguise. The winds were tough from the start and the long drag up the hill was made more manageable by the stronger riders sitting up front. Climbs are usually followed by pleasant descents, but the headwind put up a fight all the way down from Teguise to Famara. Battered and sand blasted we had a reprieve as the harsh winds helped us climb to Soo and from there reach La Santa and the bike shop. 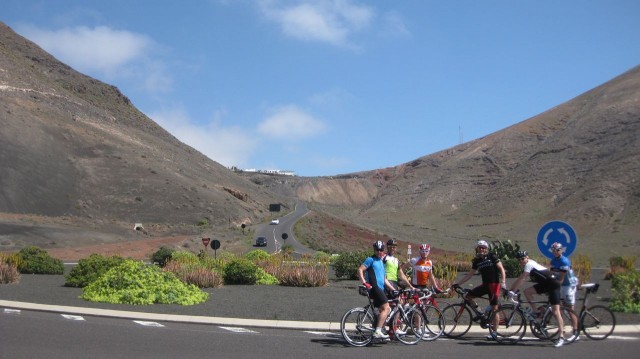 At this point our groups split. I led a few riders back up to Tinajo and then home pulling them through the headwinds. Mark led the rest of the group over Fire Mountain and round to climb the steep side of Femes. I’m told my name was cursed many times on the ascent. Tough, but in comparison to the forty kilometres straight into a headwind that followed, relatively brief. 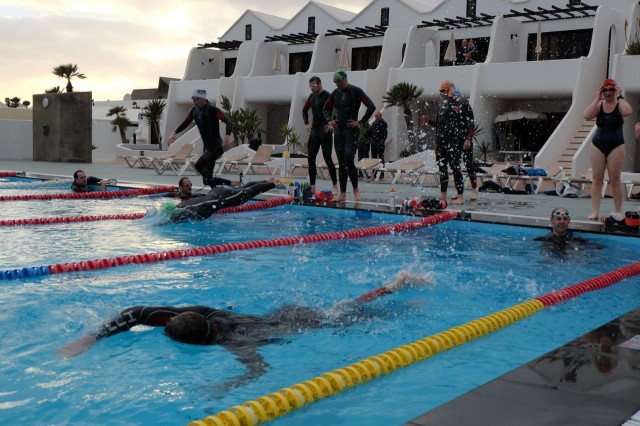 As usual we finished with a swim. A shorter set than the night before, but with plenty of work to be done within it and the entertainment of questionable dive starts. People were clearly tired and there wasn’t always much difference between the easy and the hard efforts, but the distance was done.

After a third hard day and with the prospect of an easy day with an 11am start ahead a trip to the bar was in order. In some cases too long a trip to the bar – peer pressure from a small group of my athletes kept me there till 1am. Thankfully the bar closed then and I could get some sleep before the ‘easy’ day.