There are occasionally days on Lanzarote when you wake to howling winds and bending palm trees and know it’s not a good day for a bike. Tuesday came close to that. The howling winds woke me early and when I left the apartment the palm trees were bending in the strong northerly wind. It wasn’t a great day for a ride, least of all a long ride around the Ironman course. 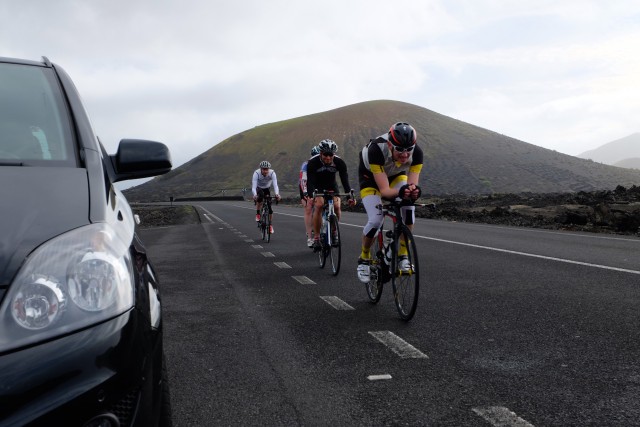 Still that was the plan and conditions weren’t sufficient to cancel it. We would tackle the island regardless of the weather. I say we, but I mean the athletes (and David); I would be tackling the island from the comfort of an Opel Zafira, our support car for the day. As the cyclists headed out early in the morning I loaded the car with their extra kit, spares and food.

My experience of the long training day is very different to that of the athletes. Photographic evidence might suggest that most of my time was spent drinking coffee (and sometimes eating cake) in cafes round the island. In reality it was far less glamorous than that: often I was sat waiting in lay-bys listening to the local English language radio and thankful for the 4G connection on my iPhone (better than at home). 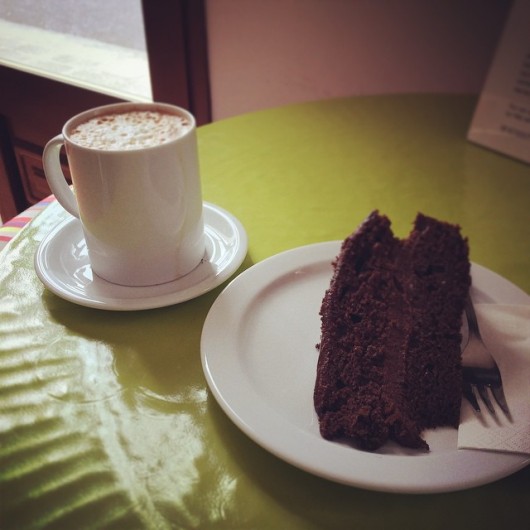 This does mean my account of the day is less interesting than those of the athletes, but none of them blog so you’re stuck with mine. I heard stories of course. There were more navigational problems – David led one of the groups the wrong way round El Golfo. In fairness this was the only mistake of the day, but direction seems to be an issue on this camp/ I’ll be buying paper maps for everyone in the future.

Mostly I heard how hard the wind was. How it nearly pushed them off the road as they descended off Fire Mountain, how hard they had to pedal on the road down to La Santa village (I could feel that wind in the car too), the sand blasting they received as they passed through Famara, or the kicker of a headwind as you climb into Teguise. 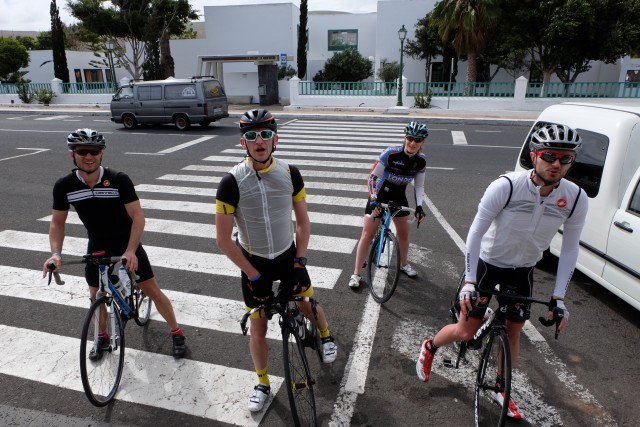 The plans was the Ironman course, but as has already been the case this week we had to change things. At Teguise, 130K into the ride with winds getting stronger the athletes turned home. The faster group had been fortunate enough to grab a coffee and cake at Jonnie Bakes before it closed. I saved a cookie for the slower group – one cookie between 4, it was all that was left. 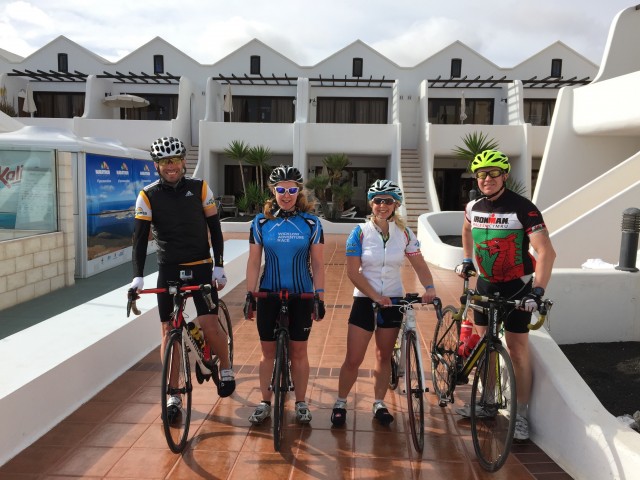 Not quite to plan, but still a long day and with a relentless headwind I don’t think anyone doubted they’d worked hard. Some days are harder than others. They’d done a good job and most importantly stayed upright on the bikes. I’m always happy when everyone gets home in one piece.