My alarm went off at six thirty. Six thirty. It was far too early. I could quite happily have stayed in bed for another hour, or two, or three. But the majority of the steady group wanted to get on the road early – 8am to be precise – so they could press on with Thursday’s long ride. I’d decided to go with them and so suffered at the hands of an early alarm call. 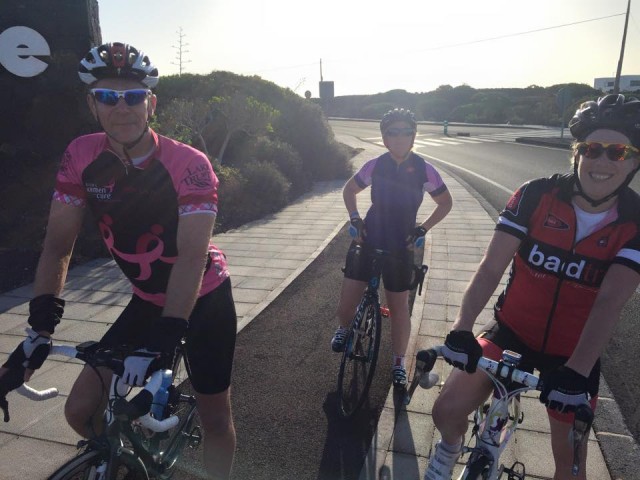 Still, the weather forecast was good, the sun was shining in Costa Teguise and the winds were light. Once we were out on the bike – shortly after 8am, thanks to a flat tyre – I actually felt pretty good. As we rode out past the golf course we could see a huge cloud covering the centre of the island. By Nazaret we were in that cloud with no idea when we might next see the sun. The west of the island was covered; we pushed down to Famara in the fog and on to La Santa.

I’d decided to change my front tyre in La Santa, the previous puncture still looked troubling and it was making me nervous. We stopped in at Probike for what would soon becoming a very expensive visit. While replacing my tyre they noticed my brakes need adjusting, while adjusting my brakes they noticed my stem had cracks in it! The hole in the tyre was actually the least of my worries. 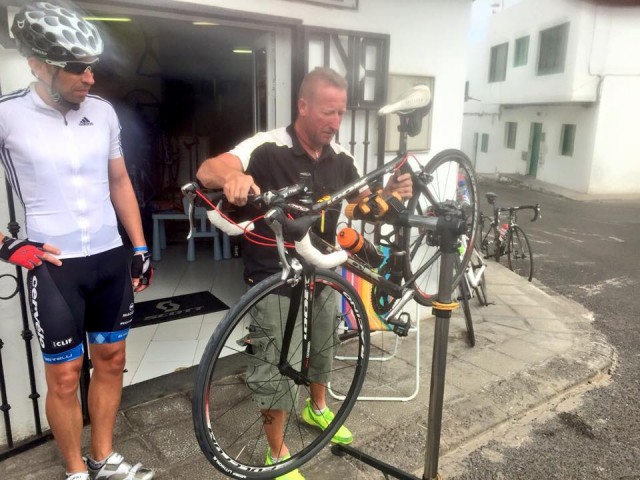 About 20 minutes later I had a new tyre, brake pads, cabling and stem. The total cost: €54. A very small price to pay for a road worthy bike.

During this extended stop the rest of the camp had caught up. Bringing with them a selection of issues for Probike to fix (while Steven Lord patiently let us jump ahead in the queue). Not quite the 5 minute stop I’d had in mind, but eventually everyone had working bikes again and were ready to ride.

Although most of the steady group’s head start had been lost, I’d sent them on while my bike was in the shop. Leaving 30 minutes after them I headed straight to Yaiza to regroup with my riders after they completed a circuit of El Golfo. Somehow I’ve managed to miss that loop on this trip. 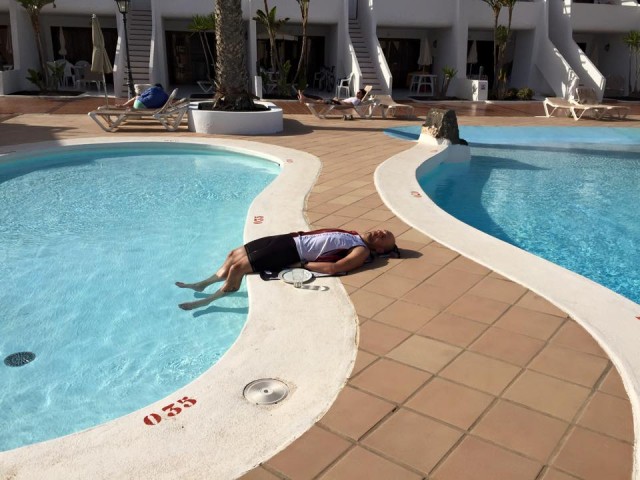 I have managed a lot of coffee stops in Yaiza though and I waited in the cafe again for my athletes to show up. Regrouped and refuelled a little while later I lead them through the vineyards and directly home. The steady group arrived just as we were leaving having tacked on a trip round to the steep side of Femes and back. Good to see them making the most of their time on the island.

To finish the day off, after a long ride, I’d put together a long swim. It seemed a little cruel, but I wasn’t going to let them off. 4K would do the athletes good, at least those who lasted the whole set. While David kept the main lanes on target while I worked with a couple of the athletes on stroke issues. It was really rewarding to see the impact the video review and analysis had on a few of the strokes. 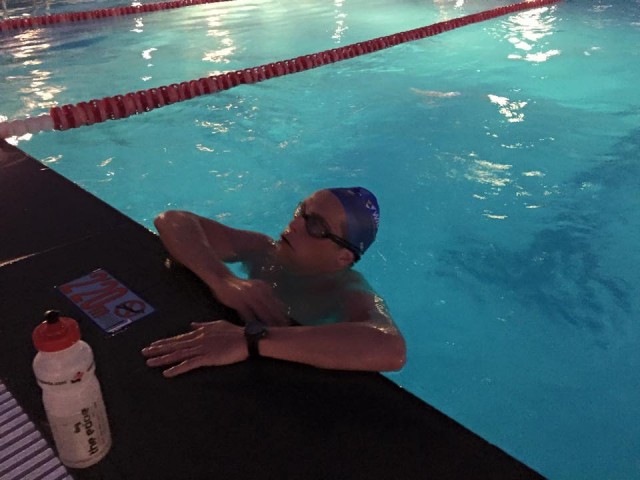 We finished in the dark, with Andy determined to complete the full set using his newly adjusted stroke. He climbed out the pool 10 minutes before dinner was due to start. Everyone is tired now; not least the coaches! It was a quiet meal and I skipped the bar again, saving myself for the final night.