Lanzarote Camp Day 1 – Where are we Going?

Week one is the warm up. We’ve a small group of athletes here with us, which – theoretically – should make life a little easier for David and me. The early evening introductory run on Saturday was fine – the pace was easy, nobody got lost. A few drinks to start the week (or before camp officially started), not too late a night and we were all set for a good camp. 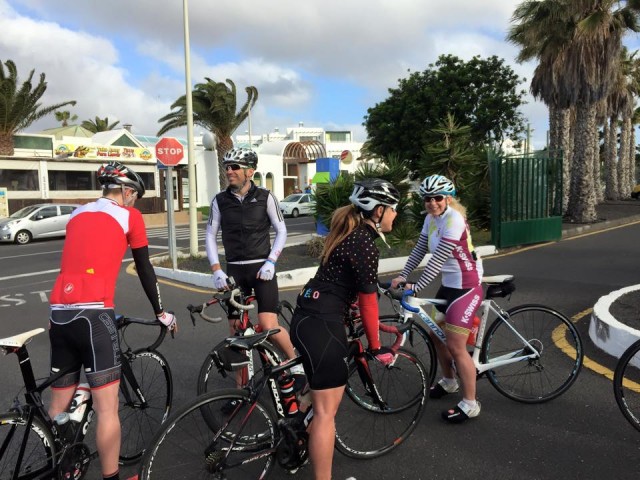 The next morning, ten minutes into the first ride, more than half the group were lost. Never go off the front if you don’t know where you’re going! Having lost athletes in record time it took another ten minutes to find them and regroup. With strict instructions to wait at the next roundabout we finally got on our way.

The first bike of camp – at least before the detour – was short and simple – a chance for the athletes to ride together and find their places in the group. Naturally, being day one, the pace was punchier than intended occasionally verging on racing, and there were a few more stops than I wanted. I appreciate a good mid-ride ice cream stop, but not too many at the start of the week. 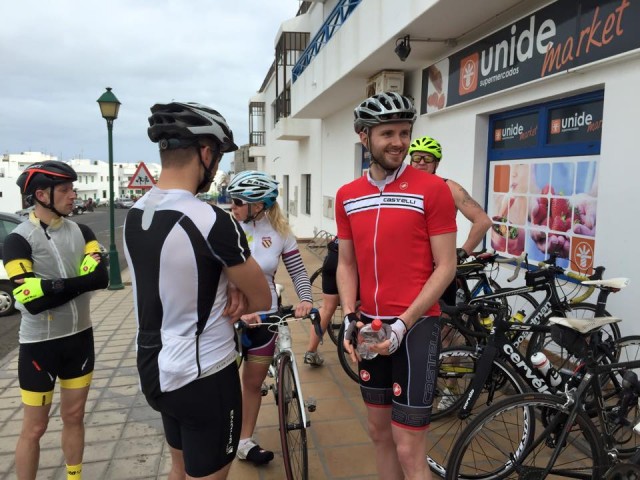 The group started to fragment as we returned from La Santa on the other side of the island; the headwind to San Bartolomé split them apart. Spread across the middle of the island it became apparent that once again I’d lost someone! I let the rest of the group head home and turned back to hunt for the errant triathlete.

My exploration of the back streets of San Bartolomé turned up empty so eventually I decided to return to the hotel and continue the hunt there. Running on empty I slogged back through the headwinds and a handful of hills to find everyone had made it home. Somehow, despite intentions otherwise, the coach had ridden the furthest. 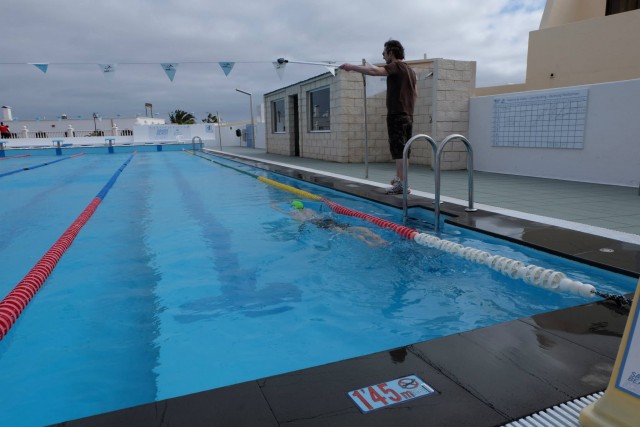 A quick sandwich and whole bar of Ritter Sports chocolate (praline) and I was ready to film the athletes swimming. It was a relatively sedate start to the swim plan – each athlete swam around 500m in total with the last few lengths being filmed from a variety of angles. Once everyone’s strokes had been captured we reviewed them back in the coaches’ apartment taking notes to help guide my input over the rest of the week.

Every year I close the first day of camp with the 5.4K time trial. Five laps of the block just outside the hotel. It’s a tough course – the first half of each lap involves a climb and strong headwinds. It’s also more correctly a race with athletes setting off together and, at times, race tactics coming into play. Splits are taken so we find out who paced the run the best as well as who is the fastest. Most paced the race well with a small breakaway in the fourth lap winning the race for Jon. 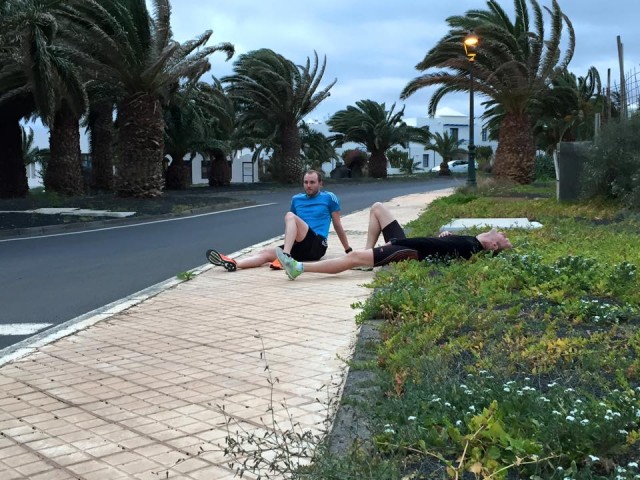 Satisfied I’d done all I could to wear my athletes out I sent them off to get ready for dinner. Time to wind down, chat and also catch the parrot show in the bar! All in all a good start, the group is training together well and while the weather may prove a challenge I think we’ll have a good week.