Another windy day, another change of plans. Thursday’s forecast was for more high winds, but falling through the day. So, at the last minute, we flipped the day around – 8am in the pool, 12pm on the road. This had the added bonus of giving us a much needed – and as it proved inadequate – lie in. Fatigue is definitely showing on the camp. 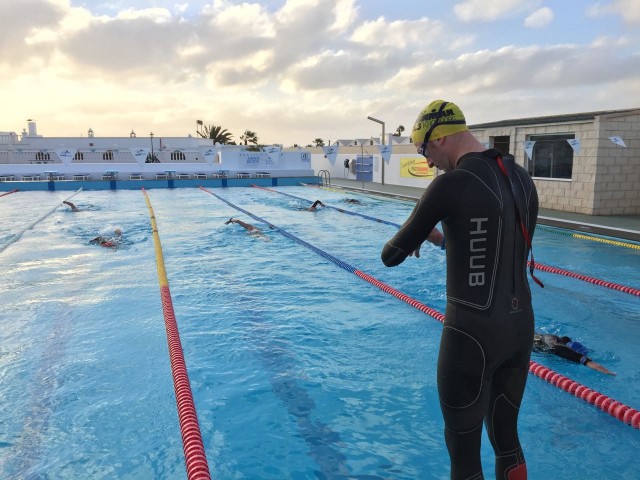 With minutes to spare David and I walked the 10m to the surprisingly busy pool. It took us a moment to realise our athletes were getting in an early warm up (well most of them we had a couple of stragglers). The pool can be cold in the morning so wetsuits were out and I’d chosen a set featuring lots of continuous swimming with minimal rest breaks.

Then breakfast with an hour of training already in the bank.

Time flies between training session; no sooner had we finished breakfast than we were putting on our cycling kit. It’s taken a few days, but the group is finally getting the hang of departure times. We scheduled to leave at 12pm and actually started rolling at 11:59am. There’d been much debate about route given winds were still high, but the consensus was to head north and finish off the Ironman course. 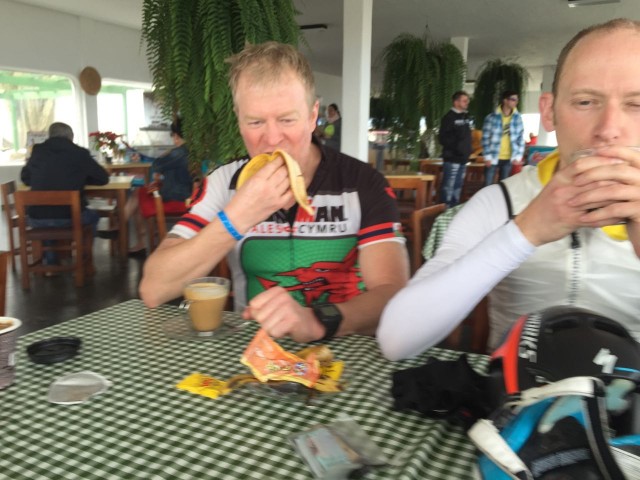 So began a 90 minute slog into the winds. Up To Tahiche, up to Teguise, no stopping for coffee, on through Los Valles and up to the summit of Haria. Gusty, windy, hard work. Having made it that far, despite gusty conditions, the consensus remained to press on to Mirador del Rio. There was little to divide the two groups so we decided to join forces for the remainder of the ride.

Onward through Haria and Máguez with some hard little climbs and fast little descents until the turn off for the picturesque road to Mirador del Rio. Even on an overcast day the views of Isla la Graciosa help take your mind off the pain. A final few steep pitches brought us to the top of Mirador. Pause, regroup, get a photo at the top and then it was all downhill. 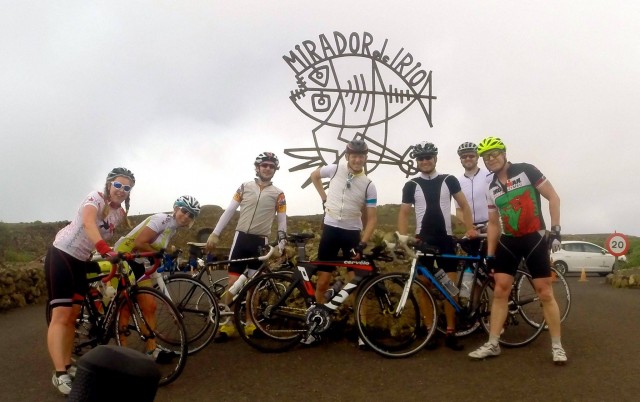 Once you’ve made it past the initial rough road from Mirador del Rio the descent is lovely – smooth surfaces and, if you know the route, easy corners. Your speed is largely limited by your confidence. The 10km down to Arrieta took no time. One final stop at the garage before the push home along the highway, but with winds on our back it wasn’t much of a push.

It’s hard to believe that the first week of camp is almost at an end. You can tell we’re getting close though: a bigger group made it to the bar last night and a little more alcohol was consumed. All they have to get through now is the time trial up Tabayesco, a handicapped 5.4K race and a cruel kick-heavy swim session.