It was eerily silent when I woke on Monday morning; the winds, as promised, had finally relented. After a week I was glad to see them gone – calm conditions would make life much easier for camp. High winds can be good for training, but you can have too much of a good thing. Now all we need was the sun to show.

We’re not leaving precisely at 9am, but this larger group is much better at meeting at the front, ready to depart. We’ve also been better able to divide this group, letting a few of the fastest athletes press on with a larger midpack around David and a small steady group with me. Each group working independently of the others. Overall it means fewer stops for the riders. 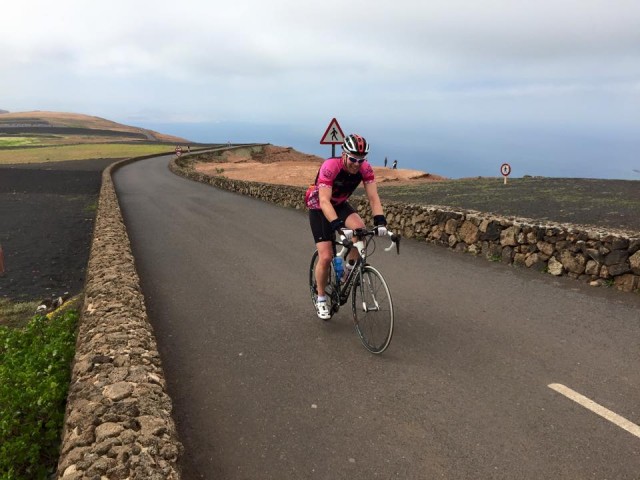 Without last week’s winds the climbs from sea level in Costa Teguise to the top of Haria was a more pleasant experience. Not an easy climb, but the strain on my legs was noticeably reduced. Our group split, each member working at their own steady pace, up through Teguise and on to Haria. Subdivisions had formed – half the group returned directly via Tabayesco and the other half continued with me to Mirador del Rio.

A good ride is not necessarily an exciting story and this was very much the case yesterday. We enjoyed the ride – conditions were good, the clouds parted and the sun shone. When the weather is good the views at Mirador del Rio are among the best on the island. Translating that to the pages of a blog is no easy task. 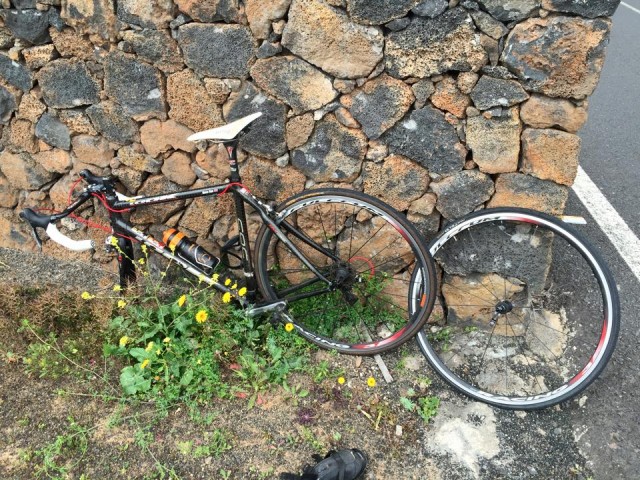 Not that the ride was entirely uneventful. Before we left Mirador del Rio I spotted a bulge in my front tyre. A growing hole from my previous puncture was now showing the inner tube. I chose to gamble, cautiously descend with my weight firmly over the rear wheel. I lost. Halfway down the tube went, fortunately with a gradual hiss and not a bang. Out with the old, in with the new. Ten minutes and we were on the road again and with that excitement done we had a clear ride home.

The group finished the day with a swim – the threshold set above. A tough little session after a couple of busy days. While David pushed the athletes through the set, I repeated the underwater filming from the previous day. Happily the footage worked this time and now we have a complete set of swim sessions to review on Wednesday. 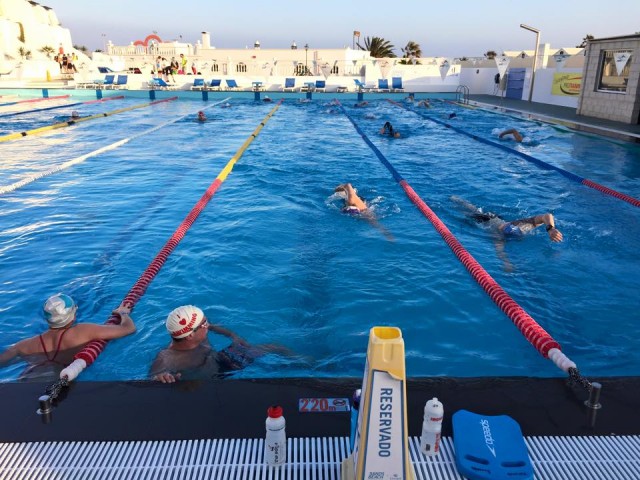 Just as rides don’t always have exciting stories, some days on camp are by the book. I’m happy when they are. The group is working well together and I think we’ll have a productive week.