So here I am back in Lanzarote at the start of another two weeks of triathlon training camps. Although it’s my fourth year running these camps from the Sands Beach Resort a few things have changed. For a start, it’s only me, I’m coaching alone this time, no support, but to make that work I’ve also reduced athlete numbers. Ten per week. It’s a smaller camp and I’m liking it more. 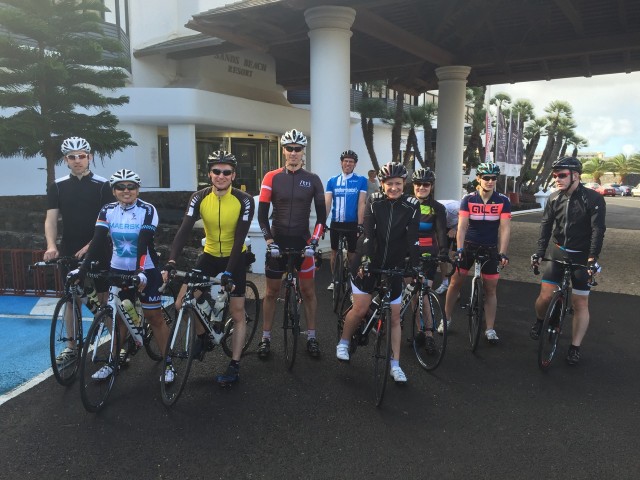 Other changes: less competition, I’ve dropped the mini-races because enthusiasm was always – at best – mixed; I’ve trimmed some of the bike volume because the strongest athletes can add on more, but for the rest it makes targets more attainable; I’ve increased pool time – early morning sessions where I can work one-to-one on technique; I’ve tightened up the run program, we have some hill work, strides, more purpose to sessions. None of this is a radical shift, but I feel I’m putting more emphasis on why we’re here over volume.

I’m not responsible for all the changes though. I promise warm weather and sunshine when I promote the camp, but it’s not my fault that so far it’s been overcast and we’ve seen a few rain showers. The wind is a given here, enough that Windguru becomes my homepage and at times these blog posts can feel dedicated to it. Yes, it’s been windy, but for now it’s getting better (next week is another story).

Without the competition it feels like there’s less need for a daily blog. I will try to post plenty of updates, but time is a precious thing for a coach on camp and much of it can be better used with the athletes. 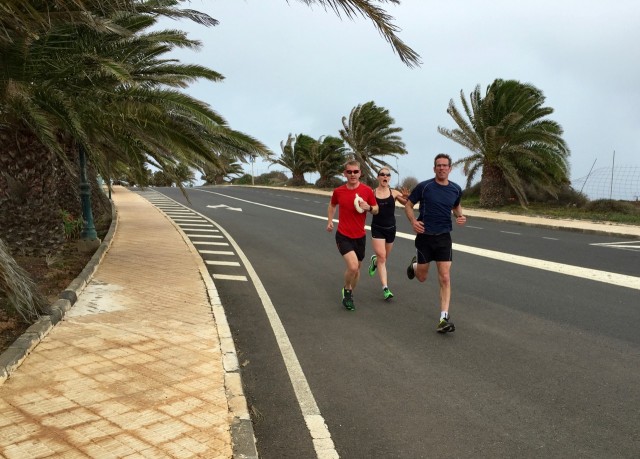 We’re half way through the second day of camp and I think the group has gelled well. we have our faster guys and gals, but I don’t see quite as much of them as they leave me behind on the road. We have our steadier group who can work well together on the road (although they’re not big fans of the wind so far). I’ve filmed everyone’s swim, I know what they need to work on (and have already started on it at this morning’s early session), I’ll make time to review it with them later in the week.

In about 90 minutes I’ll be pool side for the second time today – I’m pleased to see the sun has made an appearance – for the first proper set of camp. You can find it in this week’s itinerary, but I may change it as kick seems cruel following hill reps and strides. All the more so when tomorrow is the long day – the Ironman route. In full for my strongest athletes and half for my steady group. Another thing that hasn’t changed – I’ll be supporting it from the car.