May be premature as I’m not sure on my times or my final position (6th across the line, but with 2 later waves there might have been someone who snuck ahead). Overall though the race was good, it’s left me walking like a cowboy and choosing my seats carefully, I’ve run out of Bodyglide and my bike shoes stink of pee again.

From the top, I was relatively well planned the day before and very pleased to get off to the event on time. Of course I later realised to achieve this I’d neglected to think about food for the night/breakfast. Tescos saved me from living off Powerbar, though I would say my food choices were ok, but may not have been ideal for the race. I didn’t follow a sensible early switch to low fibre foods on Saturday. I slept well, though having to get up at 4:15 in the morning is no fun at all.

My swim plan was basically position self near front, go off hard with others, get a good draft. I think it worked fairly well, I worked with a good group most of the way round and I don’t think there were masses ahead of me. There were jellyfish as promised which were a little weird as you could feel them in your hands. We were assured they couldn’t sting though something hit my forehead and I was paranoid I’d come out the water with a big red sting mark in the middle of it. My transition to the bike was pretty reasonable, certainly not the comical effort I demonstrated in France.

General race advice is not to try anything new on race day. For the bike I opted to try 2 new things, the Zoot tri kit hadn’t been ridden before and I was trying some new insoles in my shoes. Zoot suit passes fine at this point, insoles may have issues for the right foot, though worked well for the left. Bike didn’t go quite as I hoped to be honest, I wasn’t slow but for the first hour my legs felt very tense and I could feel knots in my quads. I must finally accept that I can’t get away with saving money by skipping massages – this was the remnants of the big training week and 5 days hadn’t properly shifted it. 1 guy overtook me on the bike I then used him to keep pace (well out of his draft zone, a good 20m back) and helped pull myself through tough times. Legs started to fell good at about 2 hours, but I didn’t try to push it any further and kept pace behind the guy.

Remarkably I overtook him in T2, I’m not used to that happening. The run went well for me it was at most gently rolling and if I had one complaint it was the first lap was quite lonely. There were some stomach issues to deal with which I trace back to the previous day’s diet. Otherwise a solid run, I felt comfortable and I’m quite pleased with my run form at the moment. Some adjustments I’ve been working on seem to be clicking in place when I race.

In summary – a solid race, despite my week long fretting about my fitness. Little concerning that my legs weren’t in better shape than that, I’d have expected to have recovered by the race even with such a significant training load. Lesson from that is clearly some heavy massage is needed after weeks like that, something to line up post Epic. Otherwise things look good, my issue is less about fitness than about being recovered and prepared when it comes to racing. Long taper for Switzerland and I’ll not mess about with that. Bike is now in for a service so should be in good shape for the Italian mountains 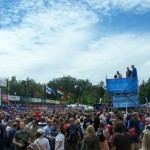 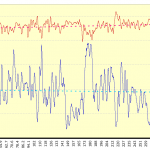 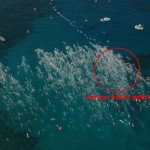