☰
Home > It’s not a vacation

It’s not a vacation

Four more days of an office job, though at this point it’s hard to describe those 4 days as work. Then it’s the life of a full time athlete! I want to stress though that this isn’t a vacation. In fact when I get the impression that people think it’s a long holiday it just slightly annoys me.

I’ll admit it has a lot in common with a vacation. I’m going away somewhere with a nicer climate, there are beaches there, I’ll probably spend sometime on them too and will even get a tan. OK, I’ll not have an income to speak of, nor any serious obligations to others to worry about. If I want to I can go out to a coffee shop in the middle of the morning and spend a few hours drinking, eating cheesecake (in moderation of course) and reading the paper. I’ll likely do the grocery shopping at the same time as pensioners, housewives and the unemployed… And I will be travelling about quite a bit too.

But really, it’s not a vacation. Vacations don’t have weekly training schedules to be planned. Most people have no need to measure their progress throughout the course of their holidays. Generally the metric of a success for a holiday is simply, did you have a nice time? Though I can see an argument for that being a better success metric than the many that we normally apply, but generally you don’t ask whether you had a nice time in the office. I’m almost trapping myself here, because I want to be able to look back on my year and say I had a nice time (hopefully something a bit stronger than that).

It’s not a vacation because vacations don’t have goals and objectives. It’s not truly working either because my schedule and free time is my own. It’s some halfway point which probably has a name, but I don’t know it. I certainly don’t like the term ‘career break’ as it makes me think of self-righteous middle-class people rushing off to the middle of nowhere to do something worthy. Which has its place and is a positive thing, but in my mind is linked in with the image of vacant trustafarians getting excited because they spent 5 days building a hut out of twigs.

On the other hand I can’t help, but enjoy the jealousy inducing power of mentioning I’m taking a year out from work. It somehow comes up in conversation quite quickly, in my defence because people often ask me what I do. Generally the answer to that question works better with other athletes, there’s an appreciation of the motivation and what’s actually involved. With those who don’t do a sport it’s harder to explain, sometimes to the point of not bothering. Visiting a financial advisor at my bank recently was a bizarre experience. I just wanted to make sure my money was in the right accounts for my plans, instead I spent half an hour talking about going to Australia before he noted down the 2 things he thought I should do with my money. I didn’t mind that so much, except for the assumption that the trip simply involved drinking on the beach for 365 days.

To contrast with that I tried out another newly opened local lake (they all seem to be coming at once) at the weekend. Seems like a nice set-up and starting out along the right lines. Chatting with the guys behind it there was that hint of envy that I’ve got the opportunity to do this, but they got it entirely. A good 15 minutes was spent discussing how restricting office work and commuting is and how little time it leaves you to get on with your life. They didn’t see it as a vacation, it’s just ordering your life around what’s important to you and what you enjoy. I’m fortunate to be in a position to do this now without having any real burden or significant cost associated with the change. If anything makes this seem like a vacation it’s that circumstances mean I’ve had to work less to achieve this than I would have expected. 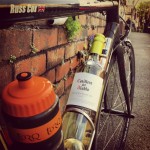