In the run up to Christmas you get a lot of 12 days of Christmas or Advent Calendar style gift lists out there. I figured I have a website, why don’t I join in. I also figured that I’m too lazy to reach 12, let alone 25. At best I’ll hit 10 and they’re in no particular order to save me editing them round. A final note before the list, should any potential rich benefactors happen to read this, feel free to get in touch…

There’s absolutely nothing wrong with my current bike, but it doesn’t stop me lusting after new equipment on a daily basis. Given I am riding a traditional road bike in a slightly awkward aero set-up (it was never designed to be ridden steep) it’s unsurprising I’m not as aero as I’d like. Pictures from Western Australia confirm this. Limits to what I could bring forced me to pick one bike and I opted for the one I ride the most.

I quite fancy the new Look 596 though. I’m a Look fan and currently ride one of their road bikes. A nice Look Tri bike to go with it for races would be perfect. Alternatively I quite like the idea of a custom carbon frame for the perfect fit. Saw a link to this place in the UK and it looks interesting, not as expensive as I thought either.

Nothing beats power for managing your race. I proved this to myself in Port Macquarie Half-Ironman by riding my training wheels. Ultimately though for my major races I want the lighter more aerodynamic wheels on my bike. That means skipping power and going back to heart rate and RPE. To be fair it worked pretty well for me in Western Australia, but this is an extravagant wishlist! I’ll be reasonable though as I hope to race Hawaii I’ll go for something like a Zipp 808 with Powertap built in and not a disc. I suppose I could solve it with a set of SRMs instead, I have a Garmin 705 so only need the cranks!

Another year of training

This one comes above all the others! Much as new kit is great I would trade it all in for a further year’s extension to this already long project of mine. Currently I anticipate running low on funds late 2009 and almost certainly having to be back to reality in 2010. There may be some options to prolong things a little, but looks like I’ll have to do some honest work sometime around then. In terms of my racing and my goals all the flash kit I mention is icing on the cake. Another year of training is what makes the cake itself (or some other analogy).

I have managed pretty well without one so far. Maybe it’s just the frustration of so many of the things going past me in Western Oz! Combine that with the sound they make and I’m sat on my bike paranoid about any noise coming past. To be fair only a few actually passed me and I got a few of those places back on the run. I spent a lot of time on that bike course thinking how nice a disc would be.

As the ideas run low so does the extravagance. Somehow when packing to come out here I seemed to manage to pick lots of my older more worn kit. I’m getting the impression that my current Saucony Type As are wearing out. Whilst my Zoot experiment didn’t really work out so well I still need to replace my race shoes. Not too interested in gimmicky things like the Newtons to be honest. All I want is something light and fast.

I’m probably best sticking to Saucony as I know the brand, but a trip to a decent run store where I can compare some brands and trainers would be great. So yeah this one I can do myself next year. I have to go all the way up to Brisbane for it as the Gold Coast doesn’t seem to have a proper specialised running store.

I fly a lot. This year I have travelled by plane 21 times. So before anything else sorry about the ozone layer and the whole global warming thing. Next year may be slightly better, I think it’ll be a bit less than that. However it’d be great would be if I could have all my flights upgraded. Not having to worry about the amount of baggage I can take. Better food and even proper cutlery. All the legroom I want…

Who isn’t jealous of the pro-cyclists when after a race they have someone making sure they get the food they need, massaging them etc. How much easier would life be if all I had to do was train? I’d not even have to worry about all that stretching stuff with massage at the end of each day. Anyone interested in this unpaid position please send a CV detailing past experience and photos.

Failing all that, a pass for two decent massages a week. One is good, two would be better and free is best of all. At least the cost of massage is cheaper here than the UK, that’s a plus.

Funnily as I get into this the list starts to grow. I’ll spare you anymore of my inane ideas though. Two that didn’t make it – to be fitter and a Kona slot. Simply because the first requires work and the second comes from the first. These things have to be earnt, I don’t want a big box of EPO under my tree thanks.

Proper post to come sometime around Christmas/Boxing Day. Back to thoughts on training plans that sort of stuff. Day two of training felt a lot better than day one which has to be a good thing. In a shocking break from tradition and part of the new plan I’m now going to stretch. 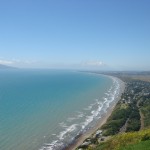 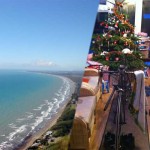 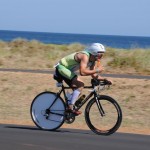