A Town Of Runners 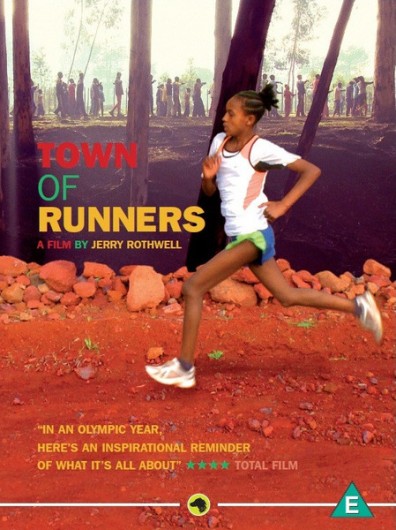 Two weeks is sufficient time to begin experiencing Olympic fatigue. Every morning and evening – dipping in throughout the day – I’ve watched, I’ve followed, I’ve delighted at another British medal or a demonstration of the peak of sporting excellence, but after a fortnight it takes a Usain Bolt or Mo Farah to engage me while my eyes glaze over at the Hammer. So on Friday evening, having checked the Olympic schedule, Gill and I opted for a change of pace with the suitably themed documentary Town of Runners, following the lives of two young girls from Bekoji in Ethiopia as they pursue their dreams of becoming elite runners.

Bekoji is a small town in central Ethiopia, one that might garner little interest had it not produced winners of nine Olympic gold medals, Tiki Gelana in the women’s marathon being the latest, and 32 world championships – there is a rich seam of talent, or perhaps simply dedication, in this small town. I am, both as athlete and coach, fascinated by stories that delve into the making of elite athletes; I’ve read biographies, watched documentaries and I know the routine: through hard work the athletes overcome adversity, breaking through to victory, or occasionally a defeat that only makes them stronger. Unfortunately life, especially for a young Ethiopian, is rarely so simple.

It starts in 2008 following the Beijing Olympics, as the games end Chinese backed development of the local dirt road begins; there are changes ahead for this small town. Against this backdrop we focus on two young girls: Alemi and Hawii, both in their teens, both hoping that running will lead to a better life for them and their families. Their passion for running is self-evident, but it’s more than that – achieving success on an international level would be life-changing in a way that’s barely imaginable to a British audience. The documentary follows them from the able tutelage of Bekoji coach Sentayehu Eshetu, through regional championships and their trials as they attempt to reach the national stage under an ineffective and underfunded club system.

From the perspective of my comfortable upbringing it’s hard to describe their world, difficult to choose words that seem neither patronising or judgemental. I have a simple image of Africa in my mind, my own vision of what hardship and poverty must mean, but the reality is a disconcerting mix of tradition and the slow infringement of the modern world. The luxuries I take for granted become a reminder of the division between those who have and those who don’t, and in Bekoji most don’t. As bulldozers prepare for the new tarmac road, villagers are left to scrape turf away by hand as they build their own running track. Dirt – and mud – is the surface for most of them, they run barefoot because that’s all they have, not because of a desire to mimic their ancestors. The young dream of better things, but they know they must work hard, success is not something you expect, it’s something you earn. In the face of so much adversity they balance positivity and pragmatism in equal measure.

Our two athletes are perfect examples. First they need to gain entry to a club by proving themselves in local competition, difficult in itself. Even then their new club might not be able to provide the food and shelter it promised, let alone the training. And suppose they do manage a year of training, are fed and in good health, there’s no guarantee the club will have the money to take them to their next competition and the chance to perform on a bigger stage; they may not get to race. Few will succeed, but in the face of the impoverished, seemingly corrupt – or at least self-serving – administration of the regional clubs our two girls remain firm in their belief that with hard work – and God willing – they can make it. There is no giving up, perhaps because in Bekoji running is a way of life, or perhaps because the alternative is not much of an alternative at all.

We leave the girls after three years. There have been set backs, and some success, it’s hard to say if either is any closer to their dreams, but they continue to work and doggedly pursue that goal. Their determination is the enduring message: they aren’t going to quit. Rightly there is no happy ending. Life goes on, perhaps they will make it, perhaps we’ll see them competing at World Championships or future Olympics and their lives will be changed, but still there will be others struggling through – racing barefoot on dirt tracks in the hope that one day they can represent their country under bright stadium lights rather than toil endlessly on a farm.

These nine hundred words seem inadequate in their description of Bekoji, but then can any blog – or documentary – hope to capture the reality of life growing up in a less-developed country. As a neutral observer Town of Runners gave me a brief insight into the hardship these athletes face. It’s depressing. It’s inspiring. It put my own problems in perspective, at least for now. This is running at its most basic, in contrast to the high-gloss entertainment of the Olympics, a raw insight into the origins of some great African runners.

This copy of Town of Runners was purchased from Dogwoof, copies bought there better support the outreach program.