☰
Home > Reviews > A Review of Running with the Kenyans

A Review of Running with the Kenyans

It has taken less than a day for Gill and I to decide we could happily return, repeatedly, to Provence. Passing estate agents on the streets of Lourmarin we amuse ourselves by stopping, looking, trying to find a property we can at least pretend would fall within some fictional price range we might have were we in the market for a holiday home. They are rare, our imaginary funds insufficient for all, but the tiniest flat. A holiday home would be nice, I suggest, Gill raises the stakes: why not live half the year in France? There are certain practicalities. 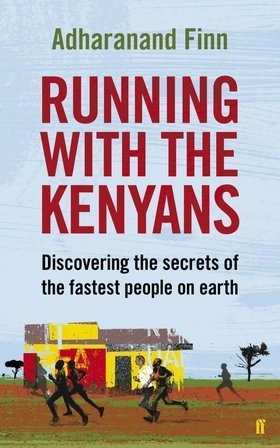 I’ll admit to feeling a hint of jealousy when Adharanand Finn, the author of Running with the Kenyans

, decides to uproot his family from their home in the UK and relocate to Iten, the heart of Kenyan running. Then it strikes me as mildly ironic, had I not done the same thing? Choosing to uproot myself, travel around the world, and experience a life of full time training. Six months in Australia and New Zealand not quite the same as Kenya, but the notion of adventure that struck the jealous chord is present. I’d had my time. I could still, at least, admire the boldness required to move an entire family, young children included to such a contrasting culture to our own.

Running with the Kenyans

is a curious mix: part personal adventure, part research into Kenyan running success, part observation of lifestyle and culture. It skims between the three and never quite satisfies me with depth; I have an idea how they are managing in this new world, I learn of a diversity of theories for the explosion in Kenyan running and I see moments of poverty and wealth within the country. I just want more. But perhaps these themes are simply too complex to sit comfortably in a book hung around the build up to a marathon.

The relocation to Iten is accompanied by a single goal, Adharanand has set himself the target of a marathon PB and chosen a hilly, off road race at altitude, one even the Kenyans tend to avoid. Although as we learn this is more from a preference for fast times that grab attention in a town filled with runners who can reel off marathon times in the low two hours. While the author has far more humble goals in mind, the Kenyan runner needs to be fast to stand out from the crowd and to fully realise the potential to earn, to escape, that running may offer them. It is a different game and this results orientated professionalism is certainly one of many factors behind Kenya’s running success.

So as Adharanand progresses awkwardly towards his goal he meets and befriends many locals, each time gaining new insights into the workings of the Kenyan runner, but the secret remains elusive. It’s frustrating. Every time you think you’re getting close to an answer you realise there is more to it, it’s not just genetics, bare-foot running, ugali, altitude or attitude. Because, it becomes increasingly obvious, there is no secret, rather it’s a multitude of factors all from an early age. We can be inspired by their running, we can mimic, but whether we can truly replicate is another matter.

My only criticism in an otherwise enjoyable book is one of depth. As we are gradually immersed in the Iten running culture we lightly skim over the issue of poverty. Since watching the documentary Towns of Runners it’s a subject that holds my interest and is something I hoped to see addressed in greater detail than its contribution to running (motivation). There are moments where it touches on the story: athletes supported by their families meagre incomes, runners whose success supports entire villages, or the squatter evicted to another shack when they move into their home. But they are moments and where a documentary can highlight the problems through its backdrop alone, it’s hard for a book like this to address the issues important as they are.

In fairness though, Running with the Kenyans

meets its remit – an account of one man’s, one family’s, experience running in Kenya. It dips into broader themes, but it’s possibly too much to expect anymore depth on such complex topics as poverty or even running performance. Perhaps key, it is entertaining and engaging, even a little bit motivating. An inspiring account, just not quite the coverage of Kenya I was hoping for.

My copy of Running with the Kenyans

was bought from Amazon UK at the bargain price of £0.99 as a Kindle Daily Deal.