It Wasn’t Your Day

There are times when, despite the data collected and the depth of feedback, I am forced to conclude that the outcome of a race was just ‘one of those things’. It’s not a satisfactory moment, as conclusions go it denies any opportunity to learn from the experience, but race analysis is as much – if not more – art as it is science. A race is not a controlled experiment, the result, and the data, a sample of one while the potential variables are many. Judgements are just that, a weighing up of the evidence, conclusions drawn on the basis of most probable causes. Then, occasionally, there is no weight of evidence and for all the data to hand and the detail of the report, no firm conclusions can be reached.

Paul Deen raced Challenge Roth this year, finishing in a respectable 9:55, but like me he felt frustratingly flat and unable to perform at his intended power for the first few hours of the bike. Paul offered me the chance to review the race data and see if I could find a reason why he struggled early on. I’ve already hinted at the conclusions. 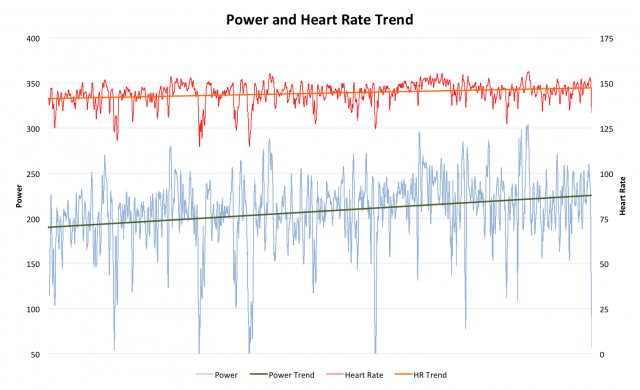 It’s not that I don’t trust athletes, but the first step is to compare their perception against the data – did the subjective feeling of being powerless for the first three hours correspond to an actual drop in power? In Paul’s case the answer is yes, as the graph above shows his power output increased over the course of the race; much as I generally like an upward trend to power and a strong finish to the bike, this is too severe. Power is initially low, well below the 220W Paul tells me he targeted, but it builds to reach those levels for the final two hours of riding. The power distributions by quarter (below) simply confirm this: for the first half of the race, Paul spent 50% of the time below 68% of his FTP. 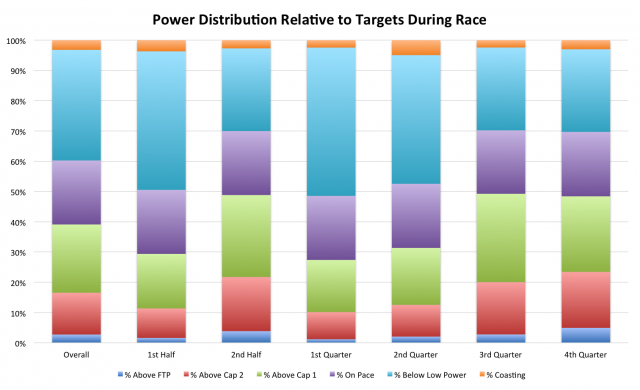 Normally I deal with problems later in the race and look back to find potential causes. Run issues extend from bike issues, bike issues from earlier on the bike, or perhaps from the swim, or even from the taper. Notice how quickly the net widens, there are far too many variables to ever have certainty. If a problem occurs early in the bike and the strategy is sound we have to look to the swim or taper for answers, so my first questions to Paul focussed on these two areas. The swim, roughly 65 minutes, was perfectly within his abilities and his feedback on race week, nutrition, rest and all the other factors that go into a successful taper, revealed no obvious problems. Paul is coached and sufficiently careful in his preparations – and account of them – that I doubted he could have made an obvious error prior to the race. 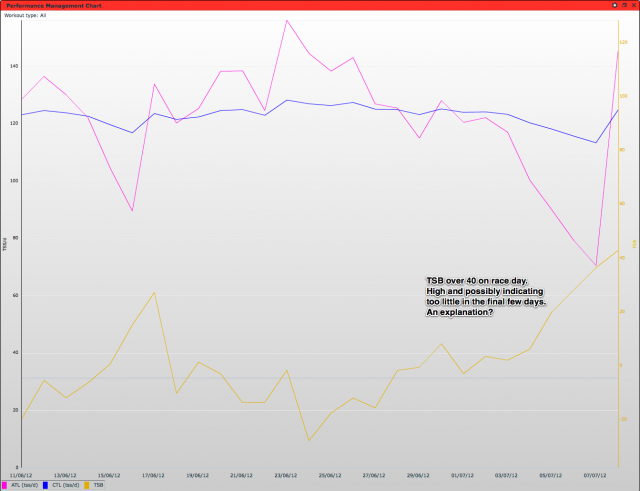 We speculated that perhaps his taper was too severe, that he’d eased back too soon and was off form on race day. Possibly. It was certainly the case that my flatness was a product of an unmanaged taper, a race week of nothing after ten days of hard training is not appropriate preparation. The Performance Management Chart (PMC) above (apologies for the screen capture, TrainingPeaks does not allow export of raw data) does show quite a steep final week and a high TSB as a consequence – perhaps there is an explanation within the taper. Perhaps. If I look back at previous posts regarding the PMC and tapering I have raced well off such a high combined TSB; Paul’s pre-Roth chart doesn’t look wildly different to a number of mine. 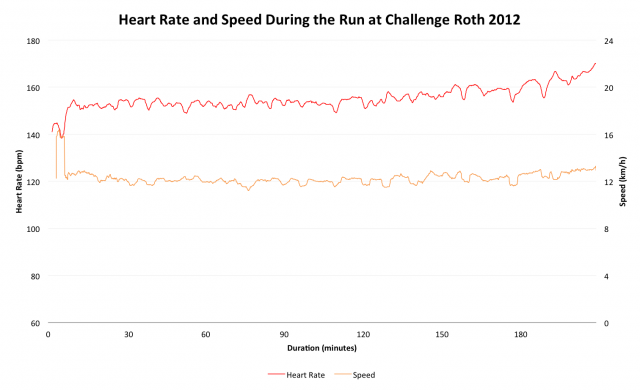 Despite the prolonged low patch this was never a bad race. The ride averages to a respectable 73% of FTP and the run that follows is well paced as the graph above shows. It’s worth considering that much as we might desire to eliminate the weaker start it may have been a contributory factor in the consistency and strength of the subsequent performance. Changing the pacing from the beginning – not that Paul felt he could at the time – would change the entire race with the potential it’s for the worse. I would still seek to eliminate low patches from future races, but bear in mind these lows may have had positive implications for later parts of the race; by removing them we need to be sure we won’t expose other areas of weakness.

Is it just that it wasn’t Paul’s day? Things happen. There are too many uncontrolled variables and their impact too subtle for me to pinpoint a single cause. Was it because of or despite the taper that he felt off form for the first three hours of the bike? Had he trained more during race week would he have performed better on the day, or might he have have started stronger and faded with fatigue?

I agree with Paul – he under performed early on, but the rest of the race is strong and consistent. Actually answering why remains elusive, something wasn’t right both in how he felt and the output he achieved. I just can’t say what. And with the structure of his preparations looking good it’s worth trying again. I would want to repeat the strategy and taper before considering any major changes, it’s too close to call on a single result, if Paul struggles again then he might consider increasing bike stress in race week the next time around. Refining you Ironman is a slow process of trial and error.