The last day of the first training camp. After 5 tough days on the island none of the athletes had much left to offer and the idea of a time trial up Tabayesco held little appeal for the group. After some persuasion over breakfast I agreed to drop the time trial element and allow everyone to ride it at their own pace. I must be going soft.

The wind wasn’t going to give them a reprieve for their final day – the ride up the highway was into some of the strongest winds we’ve had this week. Fortunately Tabayesco itself is well sheltered and once we’d turned off and regrouped we were out of the winds. Despite the cancellation of the time trial, once we crossed the start line a race formed at the front of the group. I’m told there was more unsportsmanly behaviour among the leaders; the competitive instinct has been strong in this group. There was no official timing, once they’d crossed the line the athletes pushed on for Jonnie Bakes back down in Teguise. We had to finish the camp with a coffee and cake stop. 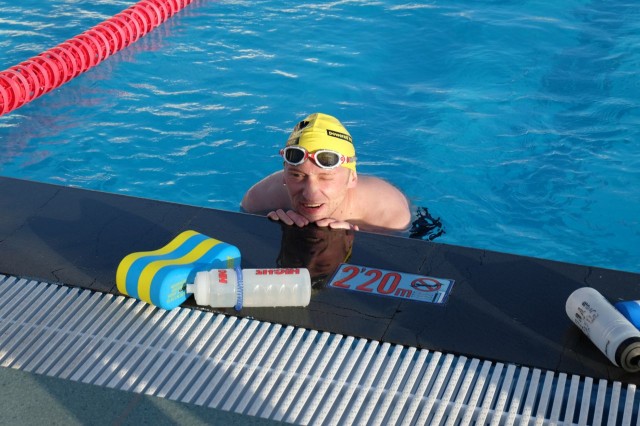 I may have gone easy on the bike, but with Rob turning 50 that day Mark wasn’t going to go easy in the swim session. 5000m in the pool from a mix 100s and 200s was the target for that evening. It took some encouragement towards the end, many had never swum that far, let alone after a busy training week. The majority of the camp stuck with it and completed the full 5K as their final session of the week. 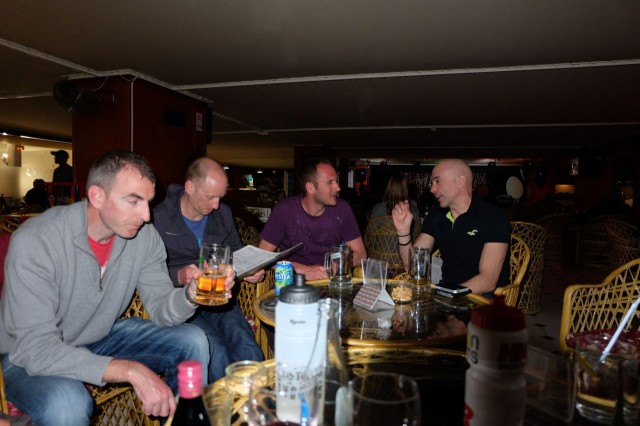 Training camp done. We celebrated till late – very late – in the bar. Knowing I had another week to go of this I retired at midnight, others were there into the early hours killing their prospect of an extra morning bike or swim before departure. No great loss, it’s been a big week for all the athletes: 500km of biking, at least 12km in the pool, a few hours of running and a small sprint relay. All of this done under some of the tougher conditions I’ve seen on the island. I think we can be happy with that. Now on to another week of the same.