Easy day! There is only one planned element to easy day: a race. Having done the long and steady work on Tuesday it’s time for the athletes to do the short and sharp stuff. While the race is – potentially – hard, everything else about the day is easy from the chance to have a lie in through to the entire afternoon off. 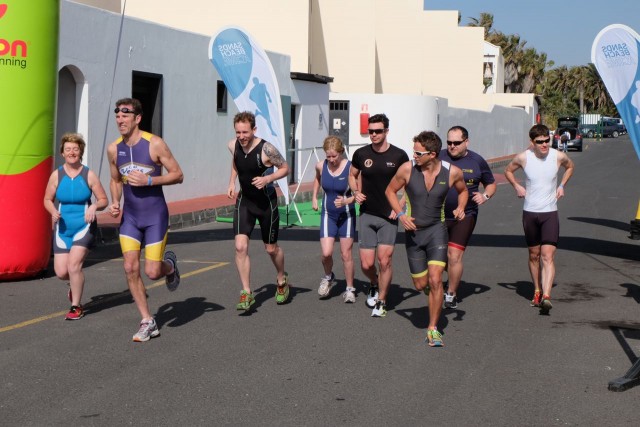 I decided to repeat last week’s elimination sprint Aquathon format – three rounds of a 1.2K run, 200m swim and 1.2K run with the slowest athletes being eliminated at the end of each round. Harsh, but it makes the strongest athletes do the most work. The only downside to this format is the tactics and this week they came heavily into play. 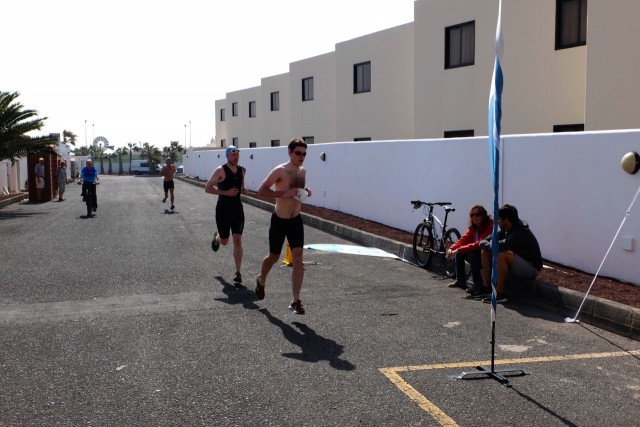 In round one it was less a race and more a competition not to be in the bottom two. OK, it’s the smart thing to do, but they could have put a bit of effort in for the benefit of all the Sands Beach cameras. Round two, with 3 athletes set to be eliminated, was more competitive; finishing times at the front of the field dropped by 5 minutes.

Things heated up in round 3. The final three athletes, Simon, George and Steffan, racing head to head to find their place on the podium. No more holding back. The pace was decidedly quicker – another minute was knocked off finishing times in this round. In the end Steffan was the clear victor with the stronger run and swim, but George wasn’t too far behind. Had we opted for a sprint triathlon it might have been a different story – George is the biker of this camp. 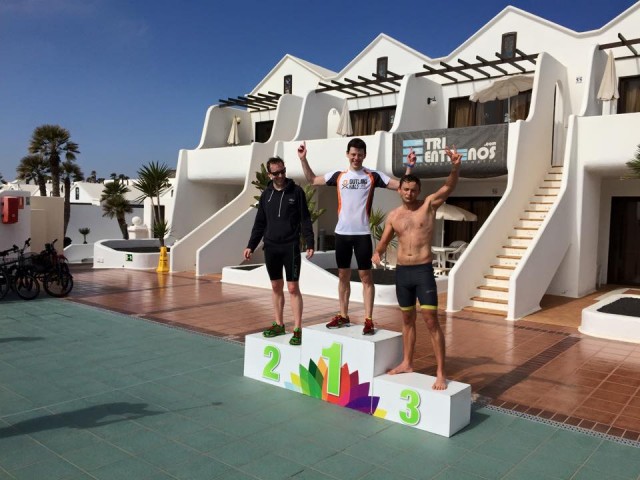 Training done (except for those who opted to do an extra swim set).

We finished the afternoon with a productive swim review. Taking advantage of the flatscreen in David’s room, paired with my iPad and Ubersense. With the big display and the controls of Ubersense I could work through all of the week’s swim footage and discuss individual strokes with the group. It got everyone involved and showed them a variety of different strokes and stroke issues. A much friendlier way to approach the review process and one I will use again.

Hopefully the much lighter load of easy day has allowed the athletes some recovery before the final two days of camp.