It’s some kind of media tradition to churn out annual reviews around this sort of time. Having visitor numbers consistently in the double figures hasn’t gone to my head leading me to lump myself in with the general media. For the last couple of years I honestly have reviewed my year as it comes to an end. Not in the sense of giving it a C+ with a note that I ‘could try harder’, but mainly trying to figure out what I did well and what I didn’t. The theory being by identifying these things I can do more of the former and less of the latter. Yes, I did go through a phase of reading vast number of personal psychology and self-help books!

For the blog though I’m not going to be so hideously personal and revealing. Instead I’ll focus on the good points and bad points of the previous year and what I think comes from them. Then in the few days before we hit 2009 I’ll do another post with a few general plans and goals for the year ahead.

The balance works out in favour of this being a good year then! Should you have been involved in something good (or bad) that didn’t make the list and feel left out I apologise. Put it down to early senility or a limit to just how much I can list in a single post anyway. There are certainly more of both many quite small and some that are quite big. My choices here are mostly relevant to my current goals.

As I started this I flicked through my note book which held my 2007 and 2008 goals. I’m not going to go into whether I hit the targets or not, though for 2008 it’s mostly yes. However I did note a shift in plans between the two years. In 2007 I was thinking of using my funds to buy a house. Sometime during that year things changed and by the time it’s 2008 I’m focussing on training. I never actually wrote ‘quit my job’ as an aim, but it was one!

I’ll try and get some kind of 2009 goals up before the New Year. It may be trickier than I thought given a lot of this has been covered in the training plans. So maybe I’ll meander onto thoughts of where this all ultimately leads. My year out to train that is, not life in general. I won’t be getting that profound.

(If you hadn’t guessed, two posts in two days is a sign I didn’t like the first one) 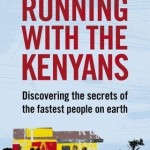 A Review of Running with the Kenyans

A Review of Cutting-Edge Cycling